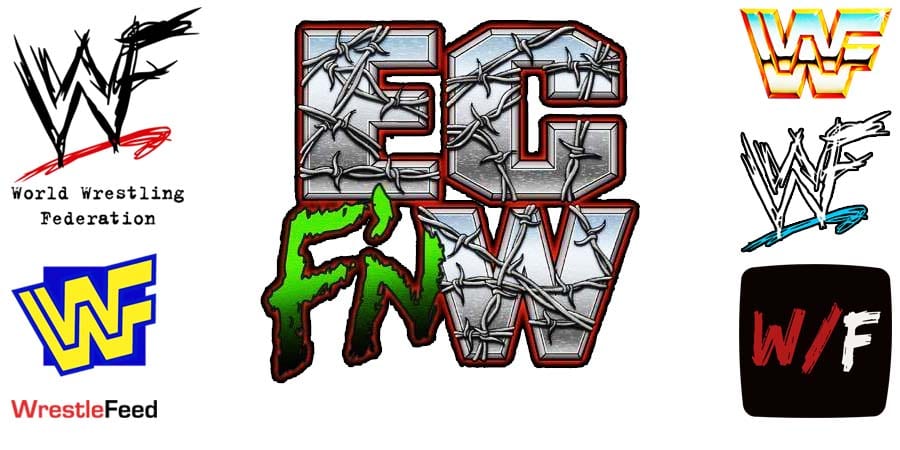 After the match, Cardona cut a promo and crowned himself the new ECW World TV Champion, because Rhino was the last man to hold that Title in 2001.

The very next night though, Cardona threw the Old School title belt in a trash can in a move similar to what Madusa (fka Alundra Blayze) did after she jumped ship from WWF to WCW in late 1995 and brought the WWF Women’s Championship with her, only to throw it in a trash can.

Cardona noted in his promo that he did this because of a possible cease & desist notice from WWE, as they own the ECW property.

I had to throw the ECW Television Championship in the garbage.

All of this was done to promote the GCW show on January 23rd at the Hammerstein Ballroom, which used to be the New York City home arena for Paul Heyman’s Extreme Championship Wrestling during the good old days.

Ali is considered one of the best Boxers of all time, and probably even THE most famous Boxer in the history of Boxing.

He wasn’t just the 2nd (outside) special guest referee at the inaugural WWF WrestleMania in 1985, but also presented the WCW World Heavyweight Championship to “The Immortal” Hulk Hogan at the end of the Halloween Havoc 1994 PPV. He also fought Wrestling Legend Antonio Inoki years earlier (1976) in a “Boxer vs. Wrestler” match.