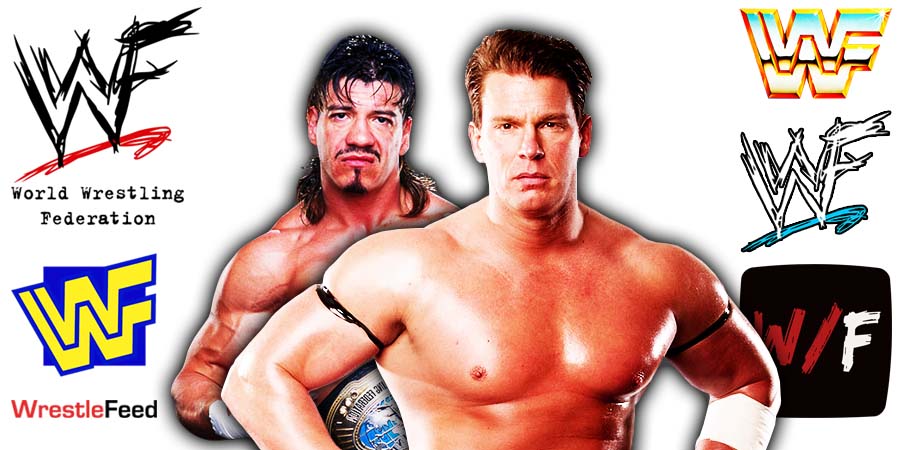 • “Eddie Guerrero was everything to me” – WWE Hall Of Famer

During a recent interview with Lucha Libre Online, WWE Hall Of Famer JBL talked about his relationship with the late, great Eddie Guerrero.

On defeating Eddie Guerrero to win the WWE Championship at Great American Bash 2004:

“Eddie was everything to me. He was a good friend of mine. He was a groomsman at my wedding and I did part of his eulogy, because we were such good friends. But Eddie wanted me to succeed and Eddie was the right guy.

If it had been anybody but Eddie Guerrero to start with, I don’t think JBL, you guys wouldn’t be interviewing me today. And if you were, you would’ve interviewed me as Bradshaw as part of the APA, because there wouldn’t have been that (WWE) Championship run.

He loved me enough, and was selfless enough to be able to want to put me over and make me into a main event guy with him. And without him, without that selfless act JBL would not be here today.”

On his feud with Eddie:

“It started at the Judgment Day, the pay-per-view before and I knew that if this match didn’t go well, that this was gonna be a one-off, you know, they needed somebody for that match.

Eddie worked so hard for me to get me over in that match. That’s what gave me the Great American Bash. And Eddie was, you know, he was ecstatic for me.

When I say that I mean, it’s, here’s a guy who worked his whole life to be a champion and he was a great champion, in my mind, the greatest Latino star of all time, by far.

When he lost the title to me, he was happy for me. And that tells you what kind of man Eddie Guerrero was.