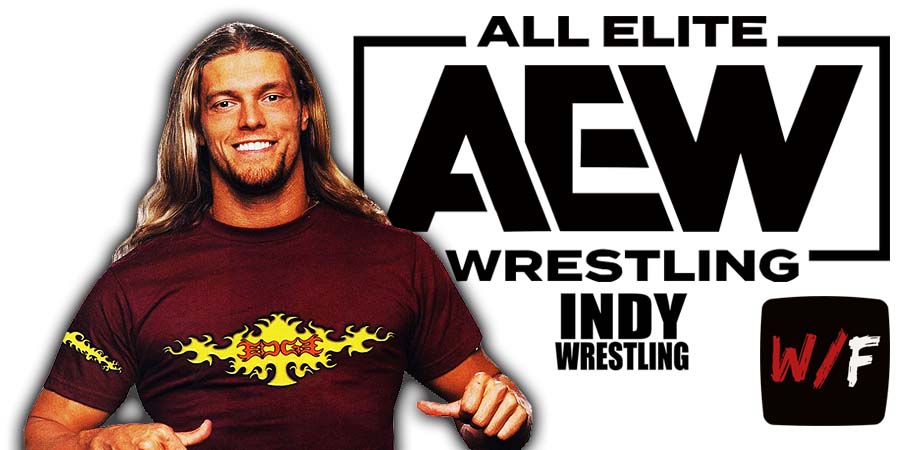 Edge, who was in the ring on SmackDown, ran to the back and called his wife, Beth Phoenix, and told her to not go back home.

He also told her that he called “Daniel and David”, who were going to his house to deal with Rollins.

As it turns out, Daniel and David are the real names of AEW wrestlers Cash Wheeler and Dax Harwood (together known as FTR, fka The Revival in WWE).

They live near Edge’s house in real-life. They also helped Edge get back in ring shape last year.

“The Revival, they both live in Asheville, so they’d come and they’d get in there with me, and they’d put me through my paces.

Harwood tweeted the following after this SmackDown segment:

On the other hand, Wheeler posted a GIF of FTR arriving in a car: