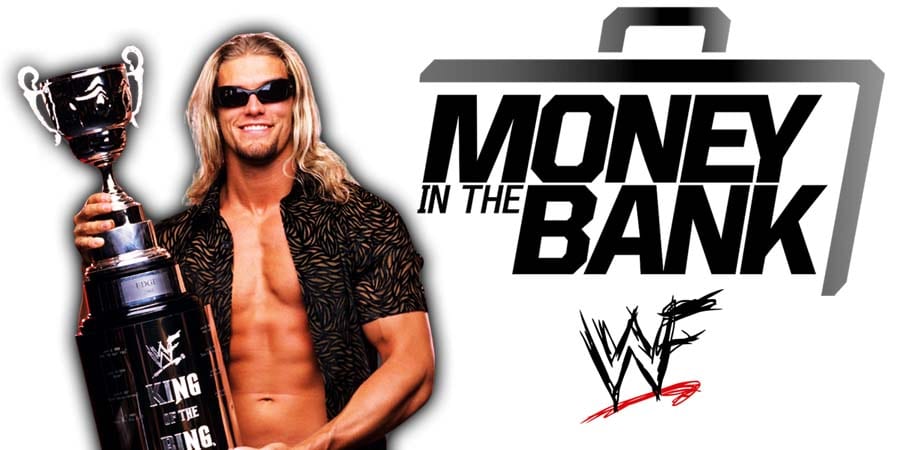 After being trained in Mexico and becoming a valet in Paul Heyman’s Extreme Championship Wrestling under the name “Miss Congeniality”, Lita joined the World Wrestling Federation in 2000 and instantly became the valet of Essa Rios, and later The Hardy Boyz, which led to a real life romance and relationship with Matt Hardy, that lasted for a couple of years.

During the late Attitude Era, Lita also evolved into a professional wrestler, who eventually ended up winning the WWF/E Women’s Championship on 4 occasions until her semi-retirement in 2006.

She was inducted into the WWE Hall of Fame in 2014 by fellow Attitude Era Diva, Trish Stratus.

During a recent appearance on NXT UK wrestler Flash Morgan Webster’s podcast, WWE Hall of Famer Edge explained why he didn’t want to be a part of the first-ever Money In The Bank ladder match at WrestleMania 21 back in 2005.

“I remember them pitching me the idea for the Money In The Bank Ladder match, and I actually said no. They were like, ‘but, but wait, you get the contract.’

At that point, I was so burned out on doing Ladder matches at WrestleMania. I didn’t want to be pigeon-holed as, ‘Oh, okay here comes WrestleMania, we got to get a bunch of guys on the show, let’s put ’em in a Ladder match. Oh yeah, you gotta put Edge in there’.”