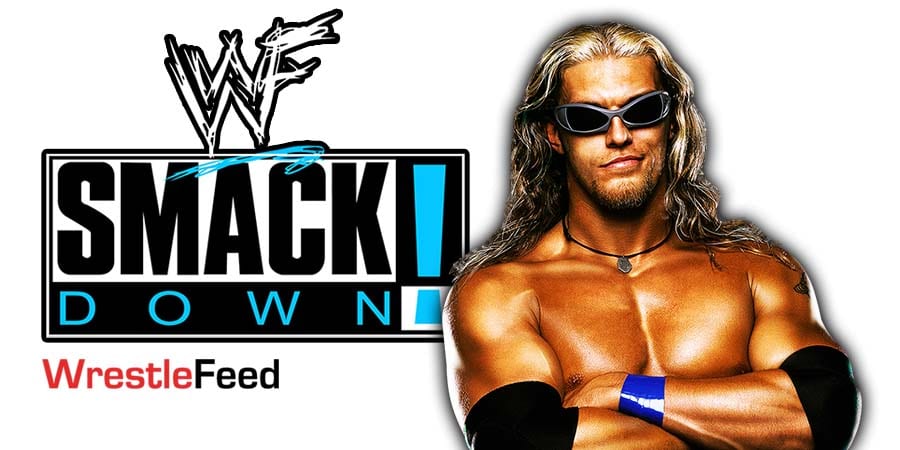 WWE Hall Of Famer Edge, who returned to the WWE as a surprise entrant in the Men’s Royal Rumble 2020 match after being retired for 9 years, then won this year’s Men’s Royal Rumble match and will wrestle Roman Reigns for the Universal Championship in the main event of WrestleMania 37, has replied to a fan on Instagram, who claimed that the SmackDown roster is “full of rookies”.

Here’s what that fan wrote on Instagram about Edge choosing Reigns as his WrestleMania 37 opponent:

“The only thing I hate about this is that Edge would move to SmackDown after WrestleMania.

The current SD roster is full of rookies and there are no potential good feuds for him on SmackDown.

Edge replied the following to him: 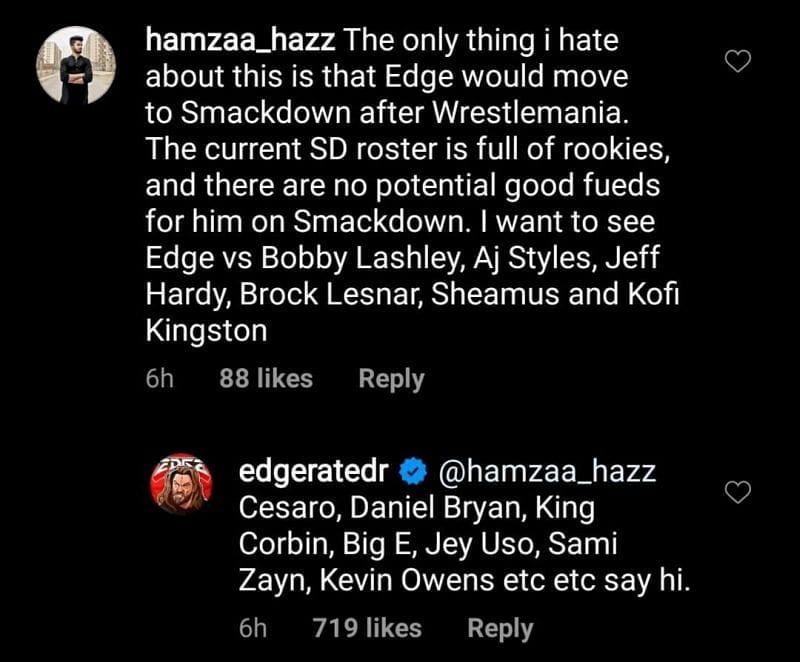