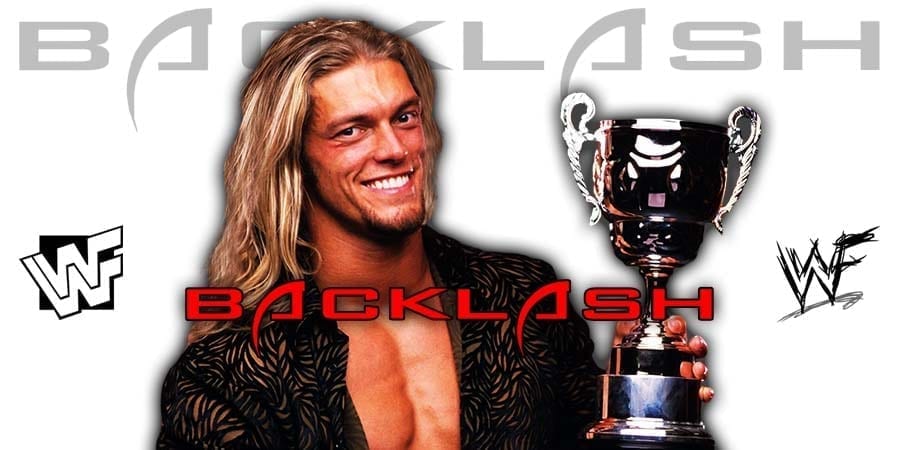 – Al Snow vs. The Brooklyn Brawler

• Edge Reveals The Spot At Backlash Where He Tore His Triceps

WWE Hall Of Famer Edge suffered a triceps injury in the ‘Greatest Wrestling Match Ever’ against Randy Orton at Backlash last month.

While speaking to Booker T on the Hall Of Fame podcast, Edge revealed the exact spot where he tore his triceps.

Below is what the Rated R Superstar said:

“I did a springboard into the second RKO, I went ‘ooh,’ I got the cold sweats and I feel like I’m going to throw up. That’s usually a sign, that’s where it popped. I thought, okay, I think I have a little bit more in the tank to finish this out. We got it finished.

I want to finish it on my terms. I’m really stubborn on that in this run. I really want to try and show that selling still sells. I feel like that’s been lost. Don’t get me wrong, I’m guilty, too.”