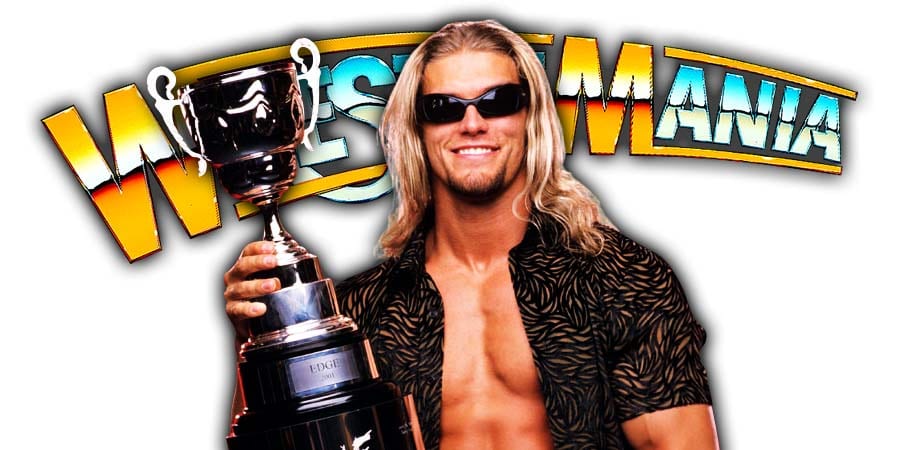 • Edge Reveals Who He Wants To Face After WrestleMania 36

During a recent interview with ESPN, WWE Hall of Famer Edge talked about who he wants to face after he’s done with Randy Orton at WrestleMania 36 this weekend.

“AJ Styles and Edge has to happen. In 25 years in the same industry, we’ve never touched. How is that possible?

Guy like Roman Reigns, man, he’s special. He’s a leader, and he needs other leaders, and that’s what I can be. We felt a little bit of that at the Rumble, too.

Give them all to me, man. I just want to come in and work my tuchus off and have fun.”