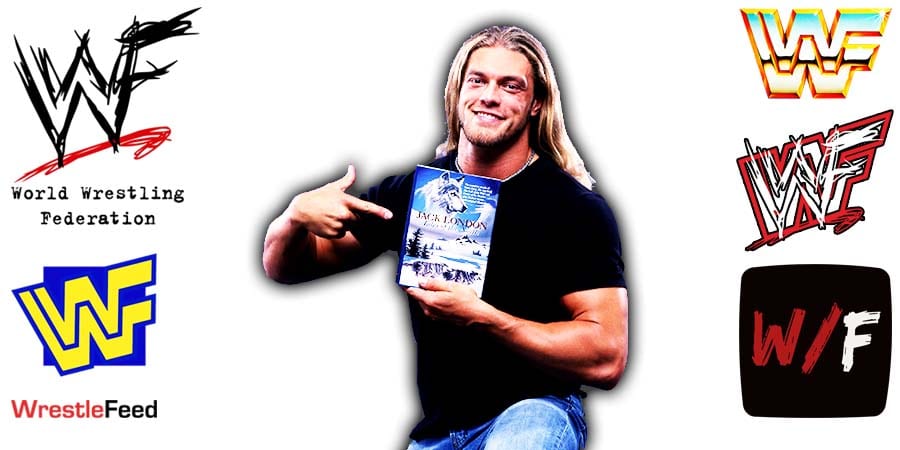 On a recent episode of the ‘Out of Character’ podcast, WWE Hall Of Famer Edge talked about the obvious situation in modern day pro wrestling nowadays, where the younger wrestlers do not sell the moves properly like they are supposed to be sold.

That’s actually a pretty common issue, because for quite some time younger wrestlers rather tend to do the so called ‘spot fests’, where they hardly sell anything and if they do they don’t sell for long, as opposed to selling moves as if it was a real competition, which is what a pro wrestler needs to try to accomplish, in order for the fans to be able to suspend disbelief, which is obviously impossible, when the performers get right back up after taking multiple bumps.

Here’s what the Rated-R Superstar had to say:

“I see someone take a German suplex and then come up fired up and I don’t get that. German suplexes hurt. So, why would we desensitize the audience into thinking that they don’t? They suck…so sell it like they suck.

I’m trying to get mileage and show that. Say you watch UFC and a dude gets a liver shot and there’s that delayed reaction. With Jey Uso, that’s what I was trying to get across. Like, ‘maybe he just cracked a rib.’

That’s not out of the realm of possibility, like it could happen, especially with where I’m at in my career. Really just tell those kinds of stories where you are fighting from behind, fighting from underneath and you are trying to just get this thing done. You might not always get it done, but you are always going to try and show that effort.”

Edge is scheduled to face Roman Reigns and Daniel Bryan in a triple threat match for the Universal Championship in the main event of Night 2 of WrestleMania 37.

– The Big Bossman vs. Jim Corbitt