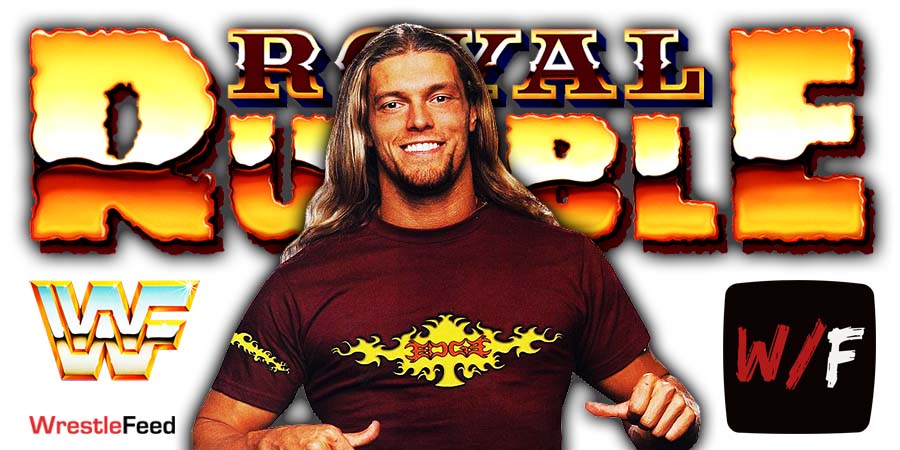 On this week’s episode of RAW, WWE Hall of Famer Edge appeared in a pre-taped promo and revealed that he has been cleared to return to in-ring action.

He suffered a triceps injury during his Backlash match against Randy Orton and had to undergo surgery.

Edge then declared his entry into the Men’s Royal Rumble 2021 match as he wants to become a World Champion again.

“I need to win the Royal Rumble. I need to main event WrestleMania, and take back what I never lost.”

Although he did compete in the 2020 Men’s Royal Rumble match as well, but fans always go back and forth about which year marked the start of this decade, 2020 or 2021.

Whichever year you want to consider, it’s not an issue anymore.

On this day in Pro Wrestling history on January 25, 2009, World Wrestling Entertainment aired their annual ‘Royal Rumble’ event LIVE on PPV from the Joe Louis Arena in Detroit, Michigan.