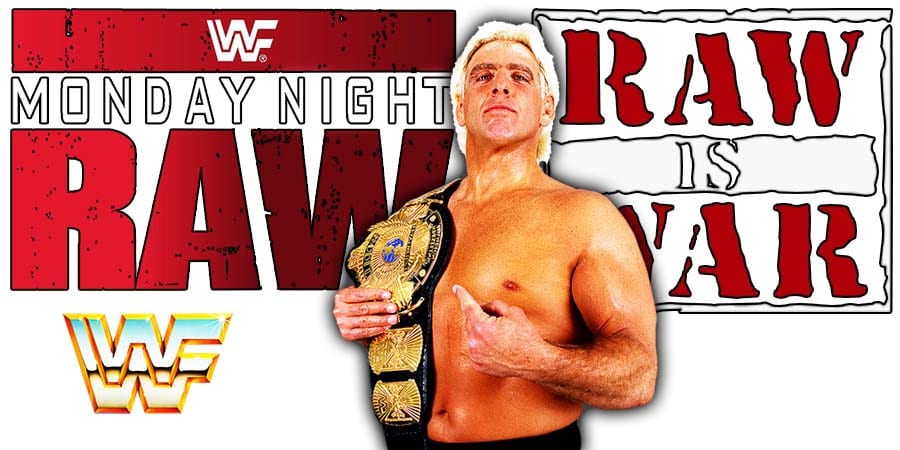 On this day in Pro Wrestling history on January 25, 2004, World Wrestling Entertainment aired their annual ‘Royal Rumble’ event LIVE on PPV from the Wachovia Center in Philadelphia, Pennsylvania.

This dual-brand (RAW & SmackDown) pay-per-view was basically more or less erased from history because of Chris Benoit, who won the 30-man Royal Rumble match by entering from the #1 spot, thus being in the ring for the entire 1 hour, 1 minute & 35 seconds that the match lasted.

However, in 2014, WWE launched their WWE Network and included the event again, which had previously been released on DVD in 2004.

On this week’s episode of RAW, Ric Flair and Lacey Evans got a little too close when Flair was teaching her some moves.

Charlotte Flair walked in on them. Charlotte told Ric he’s going from a legend to an old man.

"You're going from legend to old man, and I have no problem saying it to your face." #WWERaw @MsCharlotteWWE @RicFlairNatrBoy pic.twitter.com/DsyweFgFEw

Charlotte took another shot at her father:

“The man who spent his money on everyone, but his family.”

Charlotte later appeared on RAW Talk and once again talked about how Flair is hurting his legacy:

“You are going from legend to creepy old man.”

On the other hand, Lacey wrote the following about her segment with Ric:

“To be the best….you gotta learn from the best.”