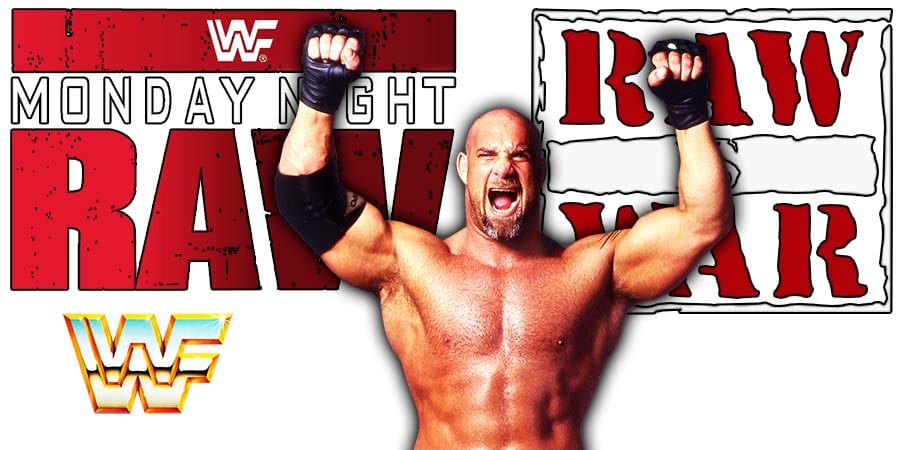 – WWE Champion Drew McIntyre returned and said he will dedicate his match against Goldberg at Royal Rumble 2021 to anyone battling COVID-19.

The Miz & John Morrison interrupted. Miz said McIntyre vs. Goldberg could be WWE’s Godzilla vs. King Kong. Goldberg then came out. Goldberg speared Miz and McIntyre delivered a Claymore Kick to Morrison.

– Xavier Woods def. Slapjack (After the match, RETRIBUTION attacked Woods. Mustafa Ali said he wants Woods to tell Kofi Kingston he knows he can’t compete at Royal Rumble, but don’t worry because he will replace him in the Men’s Royal Rumble Match)

– Mr. Money In The Bank The Miz & John Morrison def. Sheamus in a 2 on 1 Handicap Match

– Ric Flair showed Lacey Evans some moves, but Charlotte walked in on them. Charlotte told Ric he’s going from a legend to an old man. Lacey laid out Charlotte

"You're going from legend to old man, and I have no problem saying it to your face." #WWERaw @MsCharlotteWWE @RicFlairNatrBoy pic.twitter.com/DsyweFgFEw

– Riddle def. Cedric Alexander to win the Gauntlet Match (Riddle has earned another US Title match against Bobby Lashley)

– Edge announced that he has been cleared to return to in-ring action, and will compete in the Men’s Royal Rumble 2021 Match.

"I need to win the #RoyalRumble. I need to main event WrestleMania, and take back what I never lost." #WWERaw @EdgeRatedR pic.twitter.com/JAAtozppYt

1. Randy Savage vs. The Repo Man

2. Kamala vs. The Brooklyn Brawler