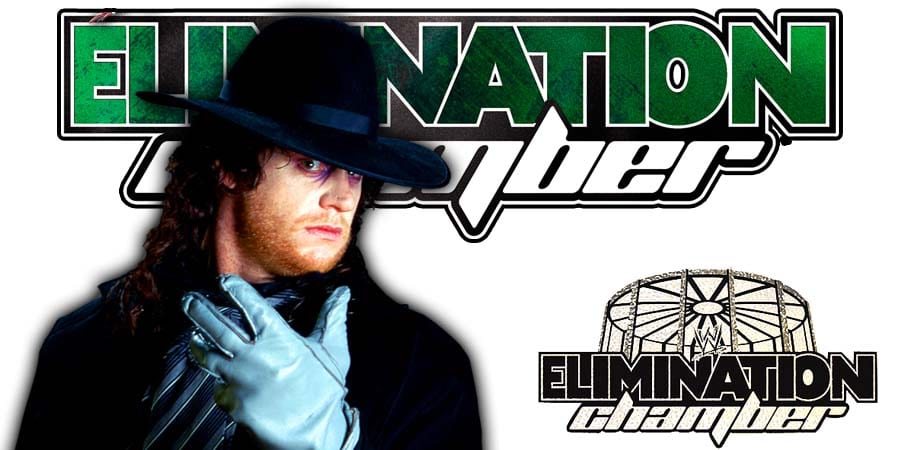 This is part 2 of our Elimination Chamber 2020 live coverage (part 1 is here).

Up next is the No Disqualification match. “The Phenomenal” AJ Styles (along with Luke Gallows & Karl Anderson) makes his way out first, followed by Aleister Black.

After some exchange, Styles introduces a Kendo Stick to the match and begins targeting Black’s leg (in order to ensure he doesn’t hit his Black Mass finisher).

Styles goes for a Springboard Forearm on the outside, but Black catches him with a knee strike.

Black sets up a Table on the outside and Styles attacks him with a Steel Chair!

Styles locks in the Calf Crusher, but Black gets out of it by pressing Styles face against a Kendo Stick.

Black hits Styles with multiple Kendo Stick shots, but Styles fires back with a Pele Kick.

Styles is climbing the top rope and Black takes him down with a vicious knee strike!

Black takes down Styles with a Springboard Moonsault and goes for the cover, but Styles kicks out.

Black goes for the cover after a Snap German Suplex, but Styles kicks out.

Black goes for another Moonsault and Styles catches him and is looking to hit the Tombstone Piledriver!

Styles mocks Undertaker by doing the throat slash, but Black counters and Styles doesn’t hit the Tombstone Piledriver. Black sends Styles into a Steel Chair set up in the corner.

Black puts Styles through a Table on the outside with a Meteora!

Black is looking to hit Styles with a Black Mass, but Gallows & Anderson interfere. The O.C. jump Black in a 3 on 1 assault.

The Undertaker appears and is choking OC!

Styles jumps on Taker but Undertaker hits a Chokeslam!

Black hits Styles with a vicious Black Mass to win the match!

Aleister Black def. AJ Styles in a No DQ match

WATCH: The Undertaker Having Fun With His Daughter (Part 2):