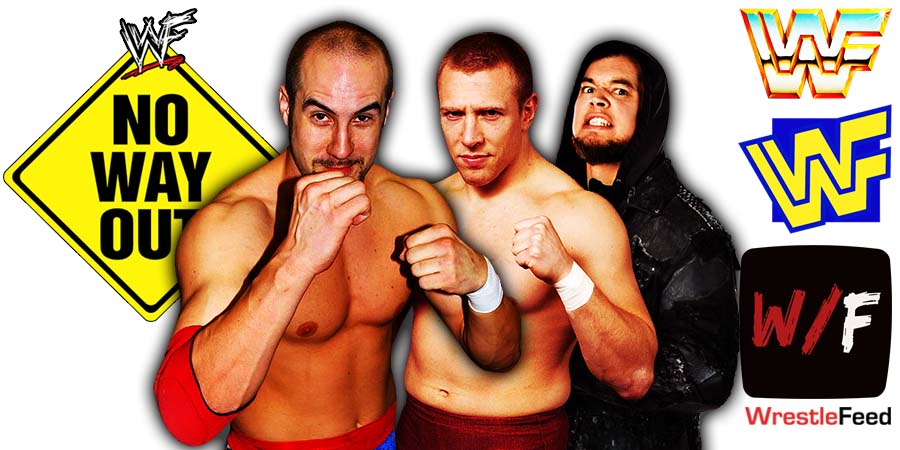 This is part 2 of our Elimination Chamber 2021 live coverage (part 1 is here).

The winner of this match will face Roman Reigns for the Universal Championship later tonight.

Bryan and Cesaro begin the match. The first man out of the pod is King Corbin. Corbin brutally assault Bryan by using the chain walls of the Elimination Chamber.

Sami Zayn’s entry out of the pod is next. King Corbin goes towards Zayn’s pod since Sami mocked him a few minutes earlier.

Zayn refuses to get out of the pod and Bryan sends Corbin face-first into Zayn’s pod glass. Zayn begins talking trash again and Cesaro enters his pod and starts beating him up.

Bryan now repeatedly sends Zayn into the Chamber wall back-first. Zayn came back into the fight and begins attacking Bryan.

Bryan is standing in front of Kevin Owens’ pod and Zayn goes to hit Bryan with a Helluva Kick, but Bryan moved out of the way and Zayn ends up kicking the pod and hurting his leg!

Cesaro and Zayn are now fighting on top of a pod and are now climbing the Chamber wall and Cesaro kicks Zayn and he falls down!

Cesaro makes Corbin tap out to the Sharpshooter!

Kevin Owens is the next man out of the pod. Zayn tries to form a partnership with Owens, but Owens lays him out.

Jey Uso is the last man to come out of his pod.

Owens delivers Stunners to Bryan & Cesaro on the outside. Owens then delivers a Stunner to Zayn and pins him.

The door opens for Zayn to get out of the Chamber and Uso takes advantage and traps Owens arm in between door.

Uso delivers multiple Superkicks and then delivers a Frog Splash, and then pins Owens!

Cesaro hits a Gut-Buster on Bryan from the middle rope and then swings Bryan by just holding Bryan’s injured knee, but Uso superkicks Cesaro and then hits the Splash to pin him!

Uso hits another Splash, this time on Bryan, and goes for the cover, but Bryan kicks out.

Uso goes for the Splash on Bryan from the top of a Pod, but Bryan gets his knees up!

Bryan hits a Running Knee and pins Uso to win the match!

Roman Reigns vs. Daniel Bryan for the Universal Championship will take place right now as here comes The Tribal Chief!

Reigns choke out Bryan with the Guillotine Choke Hold and wins the match.