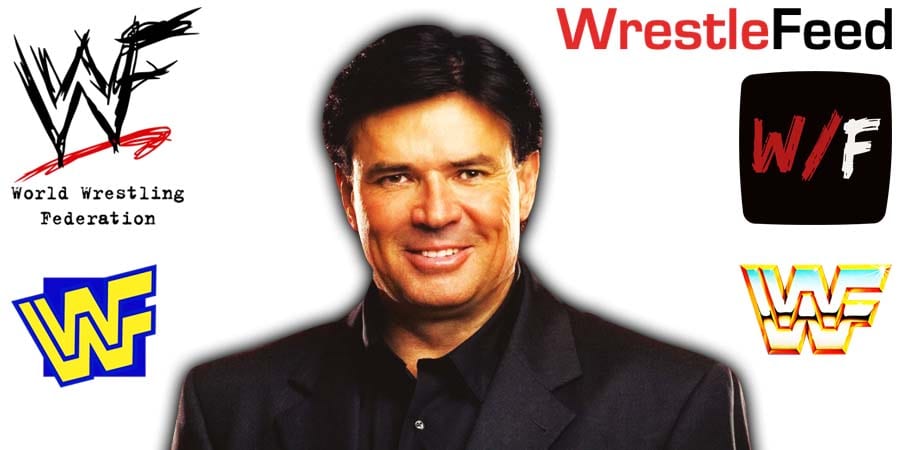 On a recent episode of his weekly ’83 Weeks’ podcast, Old School WCW Legend Eric Bischoff talked about WWE’s current television product and their formula of presenting that product to their audience.

“It is undeniable that the product is formulaic, in fact so formulaic that I think cookie-cutter is another good example.

Unfortunately the style and the presentation of WWE, whether it’s RAW or SmackDown, is so formulaic and cookie-cutter that, yes, there are different names that you’re watching on screen, but everything else is exactly the same.

I think that’s one of the things that’s hurting WWE in terms of ratings or growing [the audience]. Let’s be honest, in terms of ratings, WWE is doing just fine compared to other television programs, and they’re making money hand over fist in the process. Wonderful for them.

But when you look at audience attrition and the fact that nobody’s really building a new audience, yes they’re satisfying a new audience but how long has it been since anybody’s actually built, and embraced, and attracted people that hadn’t been wrestling fans? It hasn’t happened since Nitro, and nothing is happening today that leaves me to believe it’s going to happen in the future.

Everybody will make the existing audience happy but nobody is really growing the audience. In WWE’s case, I think it’s incumbent upon them to change the format and quit being so damn predictable and focus on the episodic nature of the product, and do things that make people remember or realize that, yes, this show is live and by virtue of being live, you can’t afford to miss it cause anything can happen.

To me, that is such a fundamental fix and way to approach the business. There’s no reason not to do it, there really isn’t. It drives me crazy.”

After Vince McMahon bought WCW, Eric Bischoff eventually worked for WWE as the RAW General Manager from 2002 till 2005 and briefly returned for an off-screen role as the Executive Director of SmackDown for a few months in 2019.

Hayabusa was paralyzed after a botched Moonsault in 2001 and passed away from Cerebral Hemorrhage in 2016.