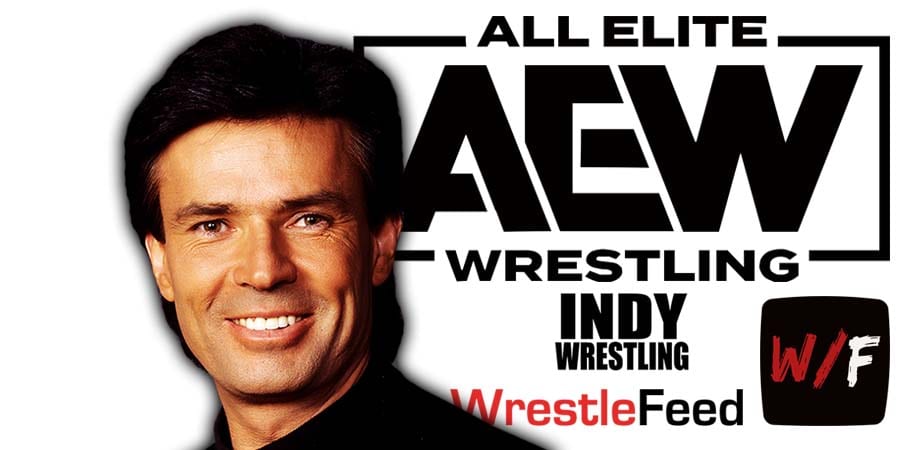 Punk called Bischoff a carny dipsh*t and Bischoff fired back by calling Punk the biggest financial flop in wrestling, as he pointed out that TV viewership hasn’t increased at all after Punk’s arrival in All Elite Wrestling.

In the post Double Or Nothing media scrum, AEW President Tony Khan was asked to comment on this matter and Tony got fired up.

“That’s f**king bullsh*t. There is only one person that can attest to that, I don’t know about other people. I can only attest to what’s happened here and public record, and some of these things are a matter of public record because freedom of information.

We do have, over the years, a good amount of financial data in pro wrestling. I can tell you, no one wrestler has ever come in and made a bigger plus delta financial difference in the history of my company going into the third year anniversary, no one person has ever made a more positive impact.

Whether it was All Out, where he was huge part of the draw with Darby, his debut was a huge thing with the First Dance, the biggest Rampage draw in the history of that show.

The matches, he carried the Friday Night War, which, by the way, is a matter of record in f**king court in the state of California that we won the Friday Night War. Just ask Jerry McDevitt because he f**king wrote it. This guy won it, vs. Matt Sydal, who is a great wrestler, he had another goddamn great match on Friday night.

This f**king guy, he f**king did the Friday Night War, he did the First Dance, he’s done the record Double or Nothing. He did the record All Out in his debut. He was a big part of the record Full Gear, a great match with Eddie Kingston.

He’s wrestled a bunch of young guys and veterans in-between there. Will Hobbs, Daniel Garcia, then he showed up and did the biggest program in terms of everything, TV, box office, ever with MJF. Then he did the goddamn main event here.

He’s the biggest part of financial success in the history of this company. Let’s f**king go.”

You can watch Tony make these comments below:

On his 83 Weeks podcast, Bischoff had the following to say about Tony’s comments:

“I felt bad for Tony in a way. Then it’s like, okay, I can’t wait to fire back. I’m going to have so much fun with this. I was ready to go.

I spent most of Monday morning just kind of in my mind laying out how I was going to just take a flamethrower to this.

I mean, what the hell? Friday Night Wars? What? Are you kidding me? Enough? I got a better idea. I’m here with you (Conrad Thompson) each and every week. You said you’re friends with Tony.

If you got something to say Tony, and you want to defend yourself, and Punk, you got an issue with my responses when I’m asked a question, or when somebody from your organization decides to use their platform to take a swing, and then b*tches and whines like a little puppy that peed on the carpet and knows it’s about to get smacked, I respond, and you have a problem with that?

Here I am brother. Anytime you want to jump on and jump in, give the big man a call. You got his number. He’ll set it up and we’ll do it. So, not a hard man to find.”

On this day in 1999, Ted Turner’s World Championship Wrestling aired an episode of their weekly TV show ‘WCW Worldwide’.

The match-card of the exclusive content can be found here: