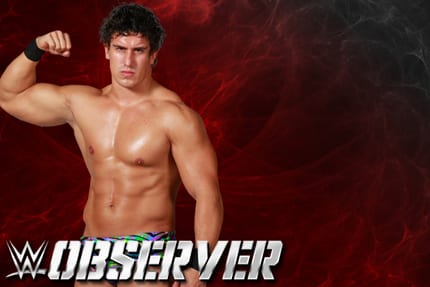 Below are a few highlights:

The “lost art” of being a wrestling heel:

“I’m a big fan of the antagonist. I’ve always been, whether it’s film, books, wrestling. Some of the best of all time like Rick Rude, Mr. Perfect, Steve Austin as a heel. My favorite all-time antagonist character was only for a few months, Hollywood Rock. He was entertaining you to an extent where you wanted to see him get beat up, that’s the job of the bad guy. People want to pay money to see him get beat up. I think that’s kind of lost now to a lot of people. A lot of bad guys now want to get respect. I don’t see it that way. If I’m bad, I’m the worst. I’m scum.”

“As far as wrestling training, it should be difficult a hundred percent. You’re in a place where you’re supposed to represent the best. During my time in developmental, I had some of the best coaches in the world. I had Dr. Tom Prichard, Steve Keirn, Norman Smiley, we had Billy Kidman for a time, Ricky Steamboat, and all these guys push you. They push you to be better constantly. I would be dead dog tired from those practices, but it was never at the expense of my humility as a human being, at the expense of being made an example of, it was to get better. I was pushed to get better. I firmly believe that fully. As far as that scenario, what’s come out are things that did happen and it isn’t a place for that. Not in 2015. Not in wrestling in general. It’s not bettering you as a wrestler.”