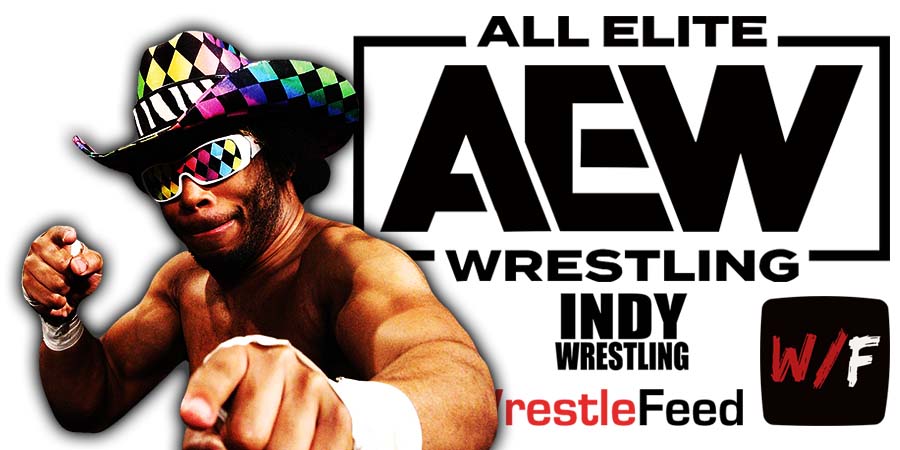 Old School WCW Veteran Disco Inferno was interviewed on Konnan’s ‘Keepin It 100’ podcast, where he talked about All Elite Wrestling’s booking of Jay Lethal, who recently left Ring of Honor to join Tony Khan’s promotion.

“I have no idea what AEW sees in people with the decisions that they make with characters and stuff.

For example, the way they brought Miro (Rusev in WWE) in where he is a video gamer.

Jay Lethal had his heyday back in Total Nonstop Action! (TNA, now known as iMPACT Wrestling) from 2005 till 2011, where he was also known as ‘Black Machismo’, a gimmick the legendary ‘Macho Man’ Randy Savage gave him permission to use.

Since leaving TNA, Lethal has wrestled on the independent scene, mainly for Ring of Honor.

Lethal lost to Sammy Guevara in a TNT Championship match last month on AEW Dynamite. You can watch it below: