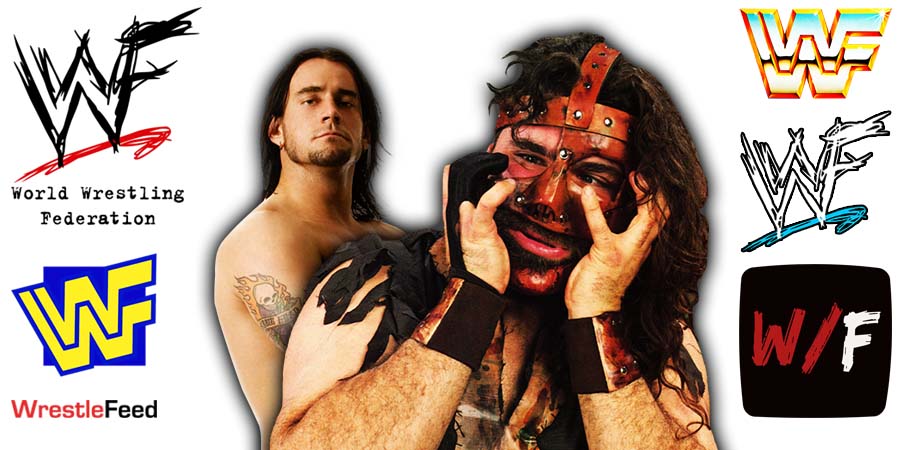 After winning the AEW World Championship from Jon Moxley in the main event of All Out 2022, CM Punk took shots at Hangman Page, Young Bucks & Kenny Omega during the post show media scrum.

Later, he started a fight backstage, which resulted in everyone involved getting suspended.

According to WWF Legend Mick Foley, what Punk did was counterproductive. Below is what the WWE Hall Of Famer said:

“Anything that takes away from the joy and this prestige of winning that Title is counterproductive.

So if Punk is on camera and he’s not filled with joy, and he’s letting bitterness and anger come out, I think that detracts from the Title.

Everything Punk did was disastrous because it put Tony Khan in a bad position. Punk I believe was hurt and would have probably been out. It put a lot of eyeballs on the product the next night. That’s a given. It was just really unfortunate. You don’t want to see that side of your superstars.

I know when I held that Title aloft when I beat this guy (The Rock) for the WWE Title, I never thought I was a WWE Title guy. So I never based my career on it the way that a lot of people have, but I remember that feeling of just utter joy.

I moved pretty good for a big guy when I ran my two or three laps around there and then gave it the impromptu promo. I can’t imagine going backstage and being angry or bitter or taking the joy out of the experience for our fans.

I didn’t see Punk’s promo in its entirety, but it put Tony Khan in a bad position. There’s a time and a place maybe to play with emotions, and if you have something substantial that can make people feel strange in their gut, but not after a Title win. I just didn’t like seeing it.”

Jack Brisco became a 2-time NWA World Heavyweight Champion when he defeated Harley Race in 1973 and Giant Baba in 1974.

But for most of his career Jack formed a Tag Team with his real life brother Gerald Brisco and together they wrestled as “The Brisco Brothers”.