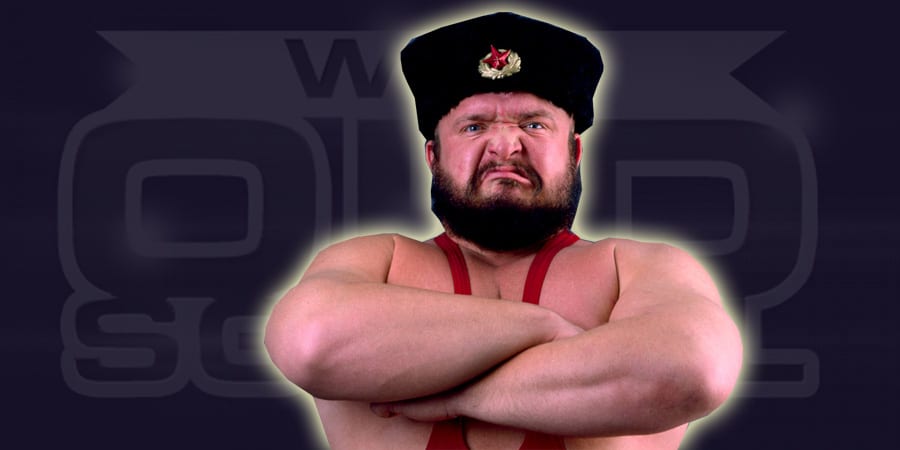 We recently spoke with former WWF Superstar Boris Zhukov and had a lengthy talk about his pro-wrestling career, favourite moments, funny stories, storylines, tag team partners and much more. Below is the complete interview conducted by our team member ‘T’.

T: “Hi Boris, thank you for taking your time to do this interview with us.”

T: “Our first Question would be, how did you break into the business? Who were your coaches and when did you debut?”

Boris: “I broke in the wrestling business in 1978, less than a year after I graduated high school. I met Ric MCcord who lived near me in Salem Va. He took me to downtown Roanoke Va and introduced me to Steve Savage and Eclipso. They were part of an independent wrestling organization in Va. I now help run shows with Eclipso in Rocky Mount Va. They took into a boxing ring with very hard, stiff floor and bumped me for several hours. I loved it, but the next morning I could hardly get out of bed. I kept going back and pushing myself. I had my first match in May 1978 in New Castle Va. against Chief Greywolf.”

T: “Which territories did you wrestle for, before arriving in the NWA’s Jim Crockett Promotions in 1982?”

Boris: “I worked in Va on the independent circuit until May 1979. I had met a young referee whose name was Mike Wray. He gave me Ole Anderson’s phone number and said I should call Ole. And so I did, Ole booked me on WTBS CHANNEL17 in Atlanta Ga. I went down and got booked against Ole Anderson and Ivan Koloff in a tag team match. Mike Stallings was my tag team partner. I went down to Atlanta quite a few times in 1979 and also to Knoxville Tn for Ron Fuller and Bob Armstrong. I moved down to Atlanta in January of 1980. I just got to work part time wrestling but stayed busy and made some money. Ole booked me in late spring 1980 up in Charlotte for Crockett for 10 days to two weeks. They liked me there and brought me back full time in Sept 1980. George Scott was booking than. So my first main NWA Territory was Ga and some in Tn, then Charlotte was my next big NWA Territory. Which I loved the most because it was my home territory being from Va!”

T: “How was it working in Mid-Atlantic Championship Wrestling under the gimmick name `Pvt. Jim Nelson´ in a stable with Sgt. Slaughter & Pvt. Don Kernodle?”

Boris: “It was great getting to work under the Pvt Jim Nelson gimmick in Mid Atlantic territory because of all the experience and help I got and received from all the super, very experienced talent who was working that territory at that time. It was just wonderful to have that fantastic opportunity in so very many ways!!”

T: “Any memories of competing in Alabama for Southeast Championship Wrestling in 1984 before you joined Verne Gagne´s AWA – The American Wrestling Association in 1985 where you received a new gimmick. Who came up with the idea to turn you into `Boris Zhukov´?”

Boris: “I left Mid Atlantic territory in May 1983 and went to La. For Bill Watts. I ran the idea of Boris Zhukov by him, he liked it and gave me a shot. I liked the Boris name, and Zhukov was a General in the Russian army from years ago. I picked out the full name. I went to Dallas in late summer of 1983 and stayed till Dec. I started in Southeastern in Dothan Al on Dec 31. against Scott Armstrong! I loved that territory, stayed right at a year. Got alot of great experience for my gimmick, different angles and lots of interview time. Paid off for me in so many great ways down the road! I went back to Southeasten in early 1985 from Ga and Tenn to go under the mask as Mr. Russia. I returned to get revenge on Austin Idol after losing a loser leaves town series of matches in all the major towns there. Than a big thanks to Sgt. Slaughter who helped get me a good spot in AWA for Verne Gagne!”