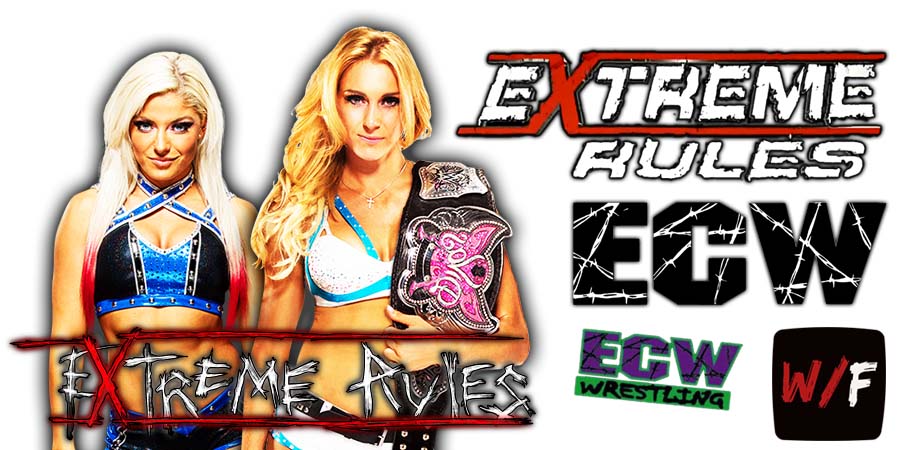 The main show kicked off the 6-man tag team match.

After back & forth action, there was a communication issue between Bobby Lashley & AJ Styles and Lashley accidentally speared Styles, which resulted in Big E taking advantage and hitting the Big Ending to pick up the win!

Up next is the SmackDown Tag Team Championship match between The Usos and The Street Profits.

Montez Ford’s ribs are injured coming into this match, after he got brutally assaulted by Universal Champion Roman Reigns on Friday’s SmackDown.

In the end, Jimmy & Jey hit a double Uso Splash on Montez to pick up the win.

After this, we got a backstage segment, where an angry Lashley called Big E “chicken sh*t” for how he beat him for the WWE Championship, and he wants a rematch for the Title.

Up next is the RAW Women’s Championship match between Charlotte Flair and Alexa Bliss.

The Queen remained champion when she pinned Alexa after hitting her with a Natural Selection.

Flair tore Alexa’s doll “Lilly” apart after the match and then posed with it, but Alexa then attacked her.

However, Charlotte ended things by throwing Alexa over the announce table.

After this, Alexa began screaming and wiping her makeup off. Alexa picked up the remains of Lilly and fans began chanting “Thank You Lilly”.