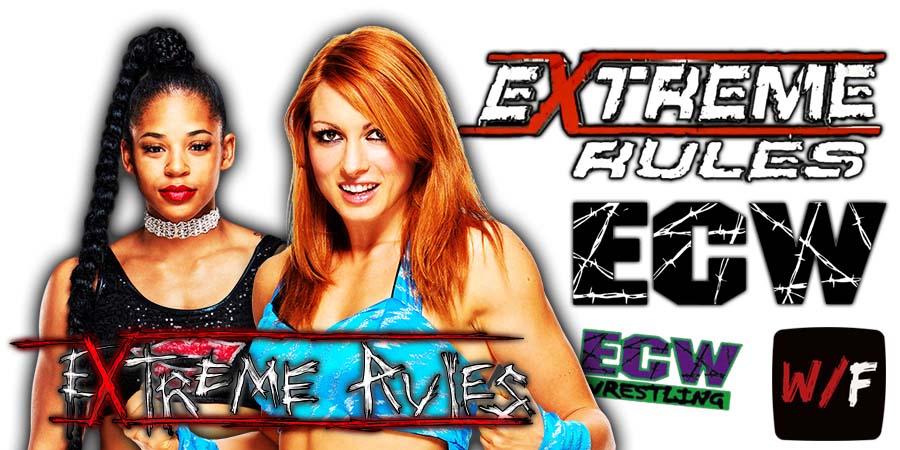 Up next is a Triple Threat Match for the United States Championship between Damian Priest, Jeff Hardy and Sheamus.

After great back & forth action, Priest pinned Sheamus to win the match.

Priest & Hardy showed respect to each other after the match.

We go to a backstage segment after this, where Big E accepted Bobby Lashley’s challenge for a rematch. Big E vs. Bobby Lashley for the WWE Championship will kick off tomorrow night’s RAW at 8 PM EST.

Up next is the SmackDown Women’s Championship match between Becky Lynch and Bianca Belair.

This is a rematch from SummerSlam, which was an impromptu match and only lasted 26 seconds.

During the ending moments of the match, Becky had the Dis-Arm-Her locked-in on Bianca, but Bianca lifted Becky up into position for KOD (Kiss Of Death), but Sasha Banks made her return and interfered in the match to cause the DQ.

Sasha beat both of them up.