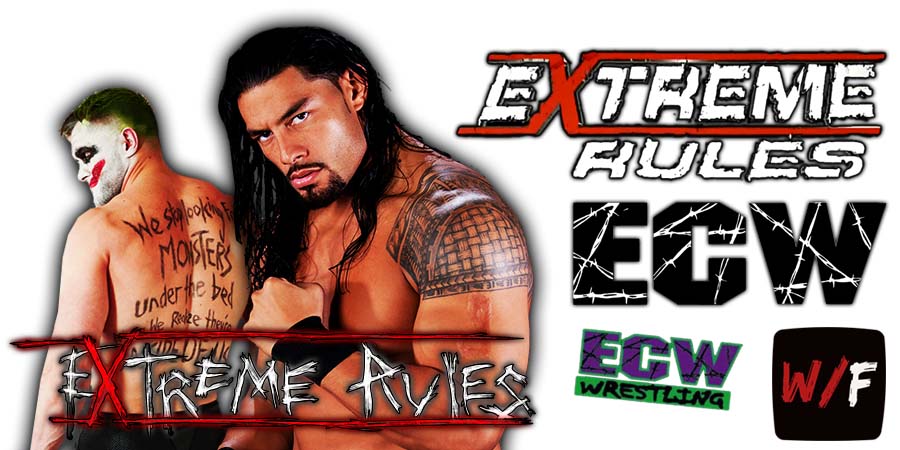 This is part 5 of our Extreme Rules 2021 live coverage (part 4 is here, which features Sasha Banks’ return).

Up next is the main event of the evening, and it is an Extreme Rules match for the Universal Championship.

“The Tribal Chief” Roman Reigns makes his way out first, followed by “The Demon” Finn Balor.

The match begins and Roman is showing his strength by dominating The Demon. The fans are chanting “We Want Tables”, but Roman takes out a Kendo Stick from under the ring and says he’s not a puppet and will do whatever he wants to do.

Balor takes out a joined set of Kendo Sticks and attacks Roman with it.

Roman takes a Steel Chair and begins attacking The Demon. The fans are still chanting for Tables.

Balor takes out the Tables again and puts it in the ring. Roman takes advantage of a distracted Demon and hit a Drive By, which sent Balor head-first into the ring post.

Roman and Demon are fighting in the crowd now and Roman is wearing a face mask now. Balor puts Roman through a Table in that area.

The action has now returned to the ring and he sets up a Table, but Roman Rock Bottoms Balor through the Table! Roman goes for the cover, but The Demon kicks out!

Paul Heyman is now firing up The Head Of The Table. Roman goes for a Spear, but Balor kicks him and hits a Slingblade. Finn goes for a running dropkick, but Roman hits a Spear! Roman goes for the cover, but The Demon kicks out and he low-blowed Roman while getting his shoulder up (the same move Roman did on Balor a few weeks back on SmackDown).

Balor hits his finisher on Roman and he goes for the cover, but The Usos pull Balor out of the ring and attack him.

The Usos are setting up a Table on the outside, but The Demon takes out The Usos. Balor powerbombs Jimmy Uso through the announce table!

Roman then spears The Demon through a barricade. Demon’s music now hits and Demon is fired up and he begins brutally assaulting Roman with a Steel Chair. He puts Roman through a Table.

Balor is on the top rope about to hit his finisher, but the top rope broke due to a malfunction and Balor hurt his knee! Balor is shocked.

Roman spears The Demon and pins him to win the match! 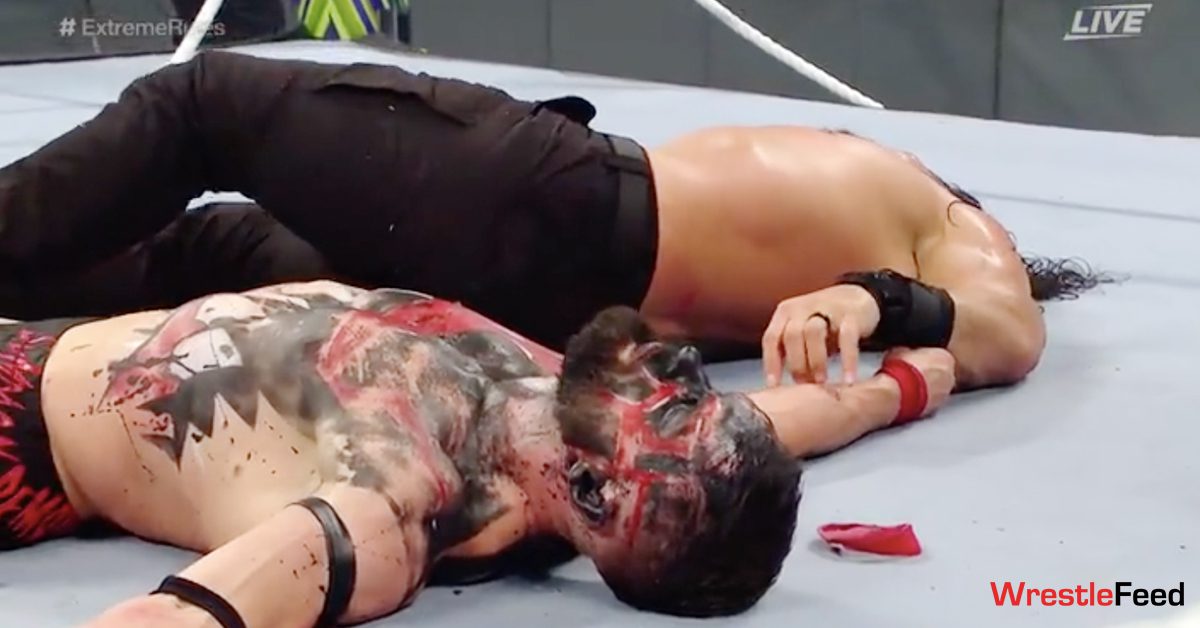