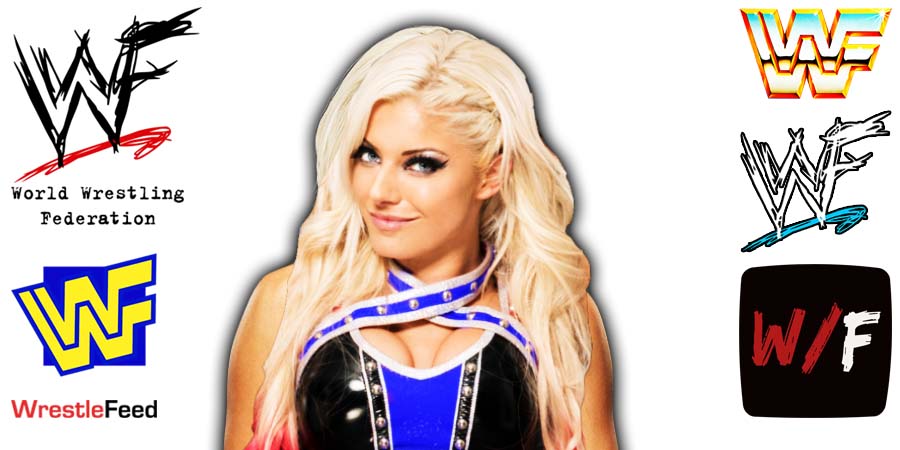 This is a highly requested flashback article from the fans of Alexa Bliss!

In August 2017, Nia Jax was carrying a beaten up Alexa Bliss to the back on her shoulders after a match at a WWE Live Event.

On their way to the back, a young WWE fan slapped Alexa’s buns. You can watch it below:

During an interview with GiveMeSport, Alexa was asked about her reaction when this happened.

“Well when that happened – I asked Nia because she was carrying me over her shoulders. I was like ‘Was that you?’ and she was like ‘No!’ And like we just walked back and laughed it off.

But it was still one of those…I was very shocked it happened. I was like ‘Oh my gosh, was that you?’ and she was like ‘No!’ It was just a little kid, kids do what they want.”