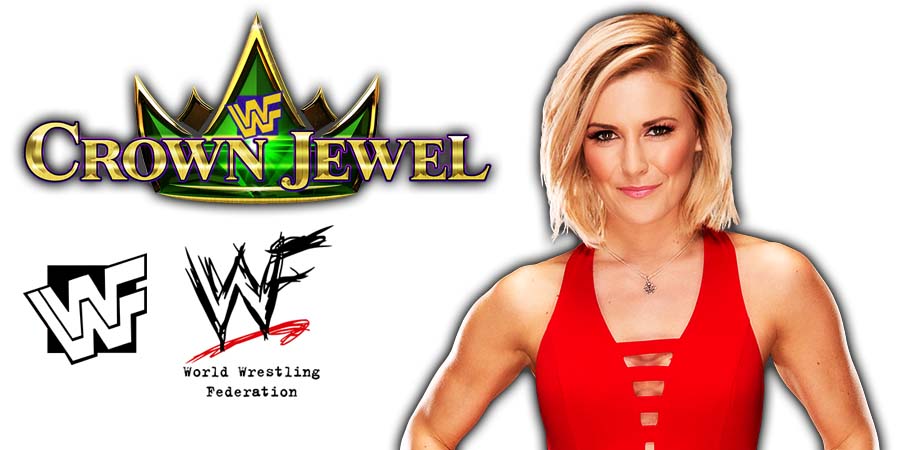 – The Shockmaster vs. Chic Donovan

According to ProWrestlingSheet, RAW commentator Renee Young will be going to Saudi Arabia to work this Friday’s WWE Crown Jewel PPV.

This is quite shocking since female WWE talent aren’t allowed to work shows in Saudi Arabia due to the culture over there.

For those who forgot, WWE accidentally showed their dual-branded Backlash 2018 PPV promo featuring Carmella, Sasha Banks & Bayley in their ring gear at the Greatest Royal Rumble event earlier this year in April and this received backlash from Saudi Arabia officials.

Saudi General Sports Authority even released a public apology after the above stated incident.

No word yet on what kind of rules Renee would have to follow in order to work this PPV.