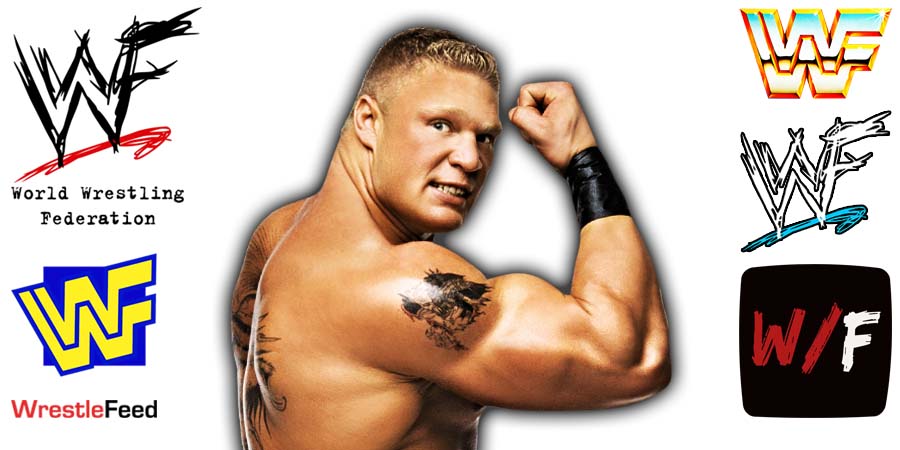 • Female WWE Star Wanted To Get Thrown Around By Brock Lesnar

During an interview on the Wives of Wrestling podcast, former WWE Superstar Nia Jax named the moves she wanted to take during her time in WWE.

She named the Stone Cold Stunner at #1 and also noted that she would’ve loved to get thrown around by Brock Lesnar.

Below is what the former RAW Women’s Champion said:

“Oh, of course. I mean, with Stone Cold Steve Austin, you want to get the Stunner because everybody wants to do the sell. You want to do the crazy sell. Of course, Stone Cold, I feel like that’s just number one for me.

I’ve always wanted to be legit, picked up and slammed, like a Brock. I was like, dude, I’ll go get thrown around by Brock. How fun would that be? Just because I did the throwing around. I did the picking up.

It happened once, Tamina picked me up, and Charlotte picked me up. But never like thrown around.

Of course. I’m a bigger girl. I’m super heavy. It would have to take somebody extremely strong, but I’m like, Brock could freakin’ toss me around like I’m nothing. Let’s go.”

Also Read: “I almost peed myself” – Nia Jax Reveals What Randy Orton Did That Shocked Her

Mike Sanders used to be a student of the famous WCW Power Plant wrestling school and had his TV debut on WCW Saturday Night in October 1998.

When World Championship Wrestling was sold to Vince McMahon in march 2001, Mike was hired by the World Wrestling Federation but was not included in the WCW/ECW Invasion storyline and instead was sent to the WWF developmental promotion Heartland Wrestling Association.

Unfortunately he was fired in 2002, before having a single televised match on WWF/WWE TV.