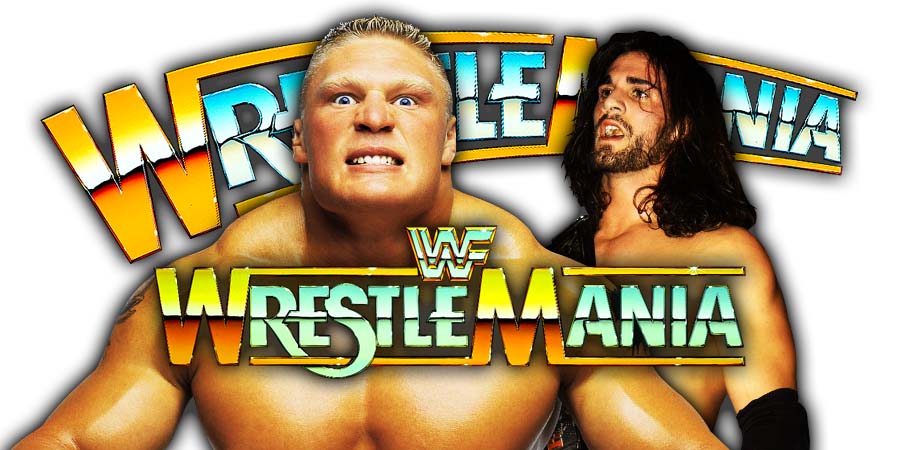 • Fight Broke Out In The Crowd During WrestleMania 35 Match

During the Roman Reigns – Drew McIntyre match at WrestleMania 35, a fight broke out in the crowd and that’s why the crowd suddenly popped big time.

The crowd was already getting silent by the time of that match and the pop was for the fight that happened between the fans, not for what was happening in the ring.

The fans involved in the fight were escorted out of the stadium and this got an even bigger pop from the crowd.

As seen in the opening match of the WrestleMania 35 main show, Seth Rollins defeated Brock Lesnar to win the Universal Championship.

The finish wasn’t clean though, as Rollins low-blowed Lesnar while the referee was distracted.

Below is what UFC Heavyweight Champion Daniel Cormier tweeted regarding Lesnar’s loss:

Ha, Brock got beat up

As we noted before, UFC is currently planning to do Daniel Cormier vs. Brock Lesnar for the UFC Heavyweight Champion in August 2019.