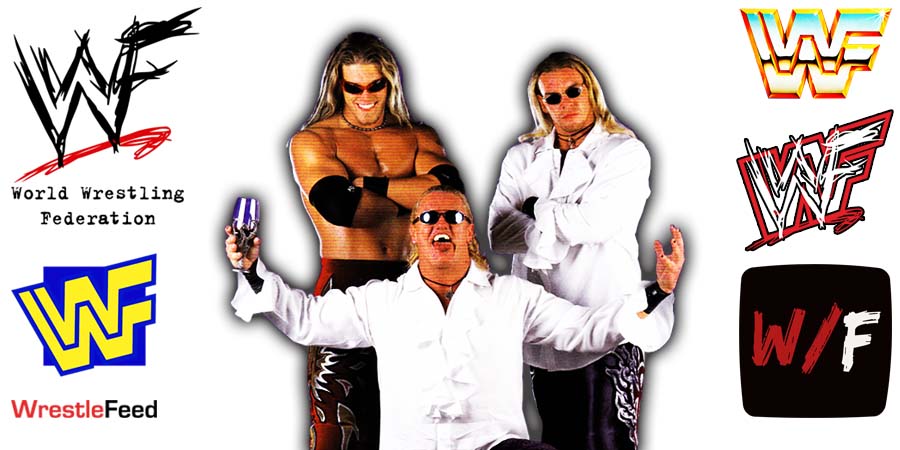 “No, no, I never say never, but creeping up there in age, but I’m a vampire, So, keep fanging and banging.”

It should be noted that Edge came out to the classic Brood entrance theme song at the ‘WWE Day 1 2022’ PLE earlier this year.

Gangrel wrestled for the World Wrestling Federation from 1998 until 2001.

The 3rd Brood member Christian is currently signed to Tony Khan’s All Elite Wrestling, where he performs under his old TNA name, Christian Cage.

This episode was pre-taped at the Air Canada Centre in Toronto, Ontario, Canada and featured matches, interviews & storyline segments on the road to the ‘WWE No Mercy 2002’ PPV.