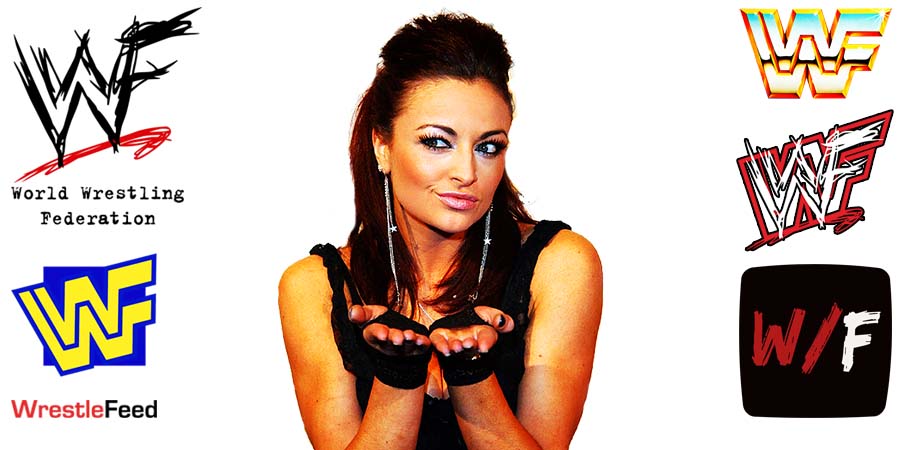 While some will say that women get treated fairly in WWE, as they are main eventing WrestleMania nowadays, but some will also say that WWE needs to do a better job.

The Queen’s Crown tournament (basically women’s King Of The Ring) started on last week’s SmackDown and it featured two tournament matches, and they both were short matches.

This led to Maria tweeting the following:

“On SmackDown Toni Storm vs Zelina lasted 2:14 and Liv Morgan vs Carmella lasted 1:36 is this true? @wwe #WomensWrestlingMatters #TheyDeserveBetter”

When a fan called her out that she’s holding a grudge against WWE, she replied:

“I have no grudge and I said nothing insulting. I asked a question. I believe women deserve the same amount of time as the men.”

You can read some of the replies from fans to Maria’s original tweet below:

“Literally had the first 20 min of SmackDown pushing the Women’s Title match at the next PPV. Introducing the women’s equivalent to KOTR and having 2 feature matches at a PPV in Saudi is pretty impressive. So the matches were short. Not every women’s match needs to be 5 star.”

“Considering the men’s qualifiers this past week were 8 minutes and 11 1/2 minutes, it shows they aren’t giving the women’s tournament the same attention as the men’s, which is an issue.”

“And on Rampage the same night Jade Cargill vs. Skye Blue got 1:02. At least on SmackDown the women got a long promo segment to start the show.”

“What about Becky, Sasha and Bianca? Wanna tell us how much minutes they got on TV? Lol that don’t fit the agenda huh?”

• Old School NWA/WWWF Legend Would Have Celebrated His Birthday

Kowalski wrestled from 1948 till his retirement from active in-ring competition in 1977.

In his pro-wrestling school, he trained several wrestlers, who eventually became famous stars on their own, such as “The Game” Triple H, Big John Studd, Chyna & Perry Saturn.