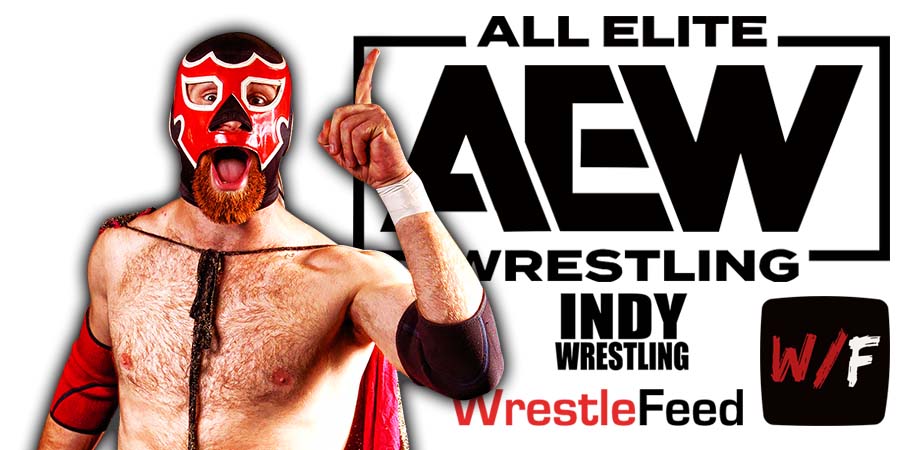 We recently reported that Kevin Owens might consider joining Tony Khan’s All Elite Wrestling, once his current WWE contract comes to an end, but now it seems like his best friend in real life, former Intercontinental Champion Sami Zayn (fka El Generico) might accompany him by joining AEW together.

According to the Wrestling Observer, Sami Zayn’s WWE contract is set to expire before the end of 2021, and he & Owens are both expected to join AEW.

Let’s be honest though, this is getting pretty ridiculous. Yes, Tony Khan sure has the money to get former WWE Wrestlers to join AEW, but how can he feature them all?

Will there actually be a roster split (AEW Dynamite vs. AEW Rampage) or will he be debuting yet another TV show to get everybody in?

Keep in mind that Bray Wyatt & Ric Flair are also expected to debut for the company soon.

This episode was pre-taped at the Roanoke Civic Center in Roanoke, Virginia and featured matches & storyline segments on the road to the ‘WCW Fall Brawl 2000’ PPV.