A few days back, reports came out that Dolph Ziggler’s WWE contract is set to expire soon and he might be leaving the company soon.

All of these speculations began when former WWE creative writer Court Bauer appeared on MLW Radio and said the following:

“Dolph’s deal is up in a few months and he has indicated informally that unless he gets a big push, he may leave like Mundo (former WWE Superstar John Morrison, who is known as Johnny Mundo in Lucha Underground).”

Former TNA Writer Jason Cook posted the following on Facebook, claiming that Dolph Ziggler is heading to TNA once his deal with WWE expires. Check out the screenshot below: 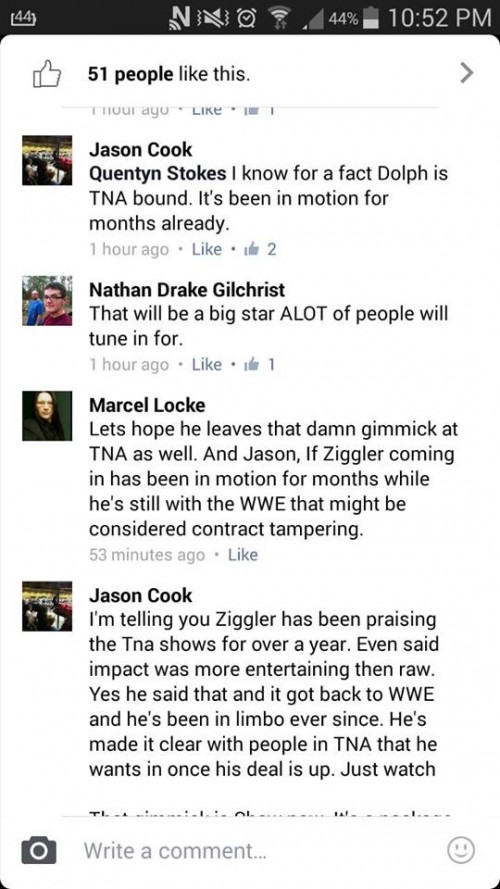