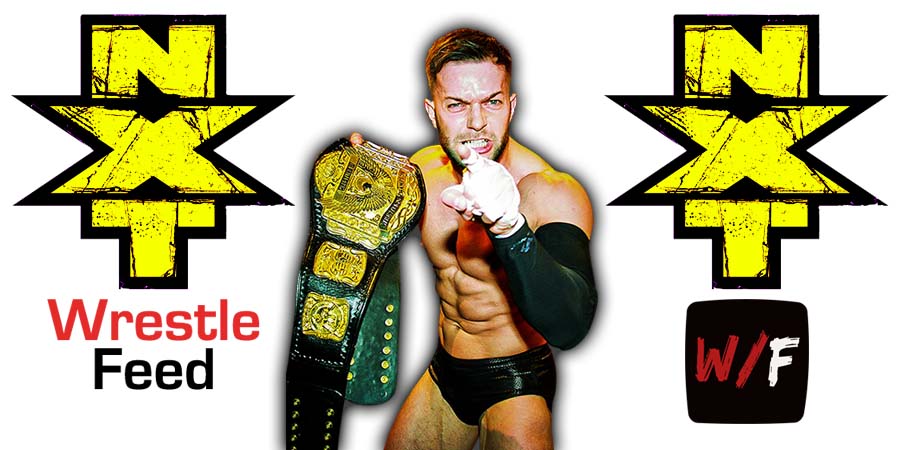 During an appearance on My Love Letter To Wrestling podcast, Finn Balor revealed that he pitched going to the NXT UK developmental brand last year, but WWE Officials told him that they need him on SmackDown.

However, they told him he could go to NXT UK in a couple of years.

Below is what the 1st ever WWE Universal Champion said:

“Believe it or not, I actually pitched to go to NXT UK when they asked me to go to SmackDown because I knew my time at NXT was coming to an end.

It had been 2 years and I had worked with everyone. There was not really much more I could do there I felt.

The idea came to go to SmackDown, and I counterpitched with NXT UK. They said maybe in a couple years but we need you on SmackDown right now.

For me, the move to NXT UK would have been the move. There’s so many great guys there. Obviously, it’s closer to home. I’ve been stuck in America for the last 2 years, with COVID heightened the feeling of isolation in WWE in that bubble away from my friends and family.

There were multiple reasons why I wanted to go to NXT UK, but the main one was because of guys like Noam (Dar), A-Kid, all these matches I haven’t really had the chance to put together. That was like a fresh challenge.”

Balor worked a program with Roman Reigns for the Universal Championship on the blue brand, where he lost.

He was then drafted to RAW, where he has taken Jeff Hardy’s spot – the role of putting over up-and-coming talent.