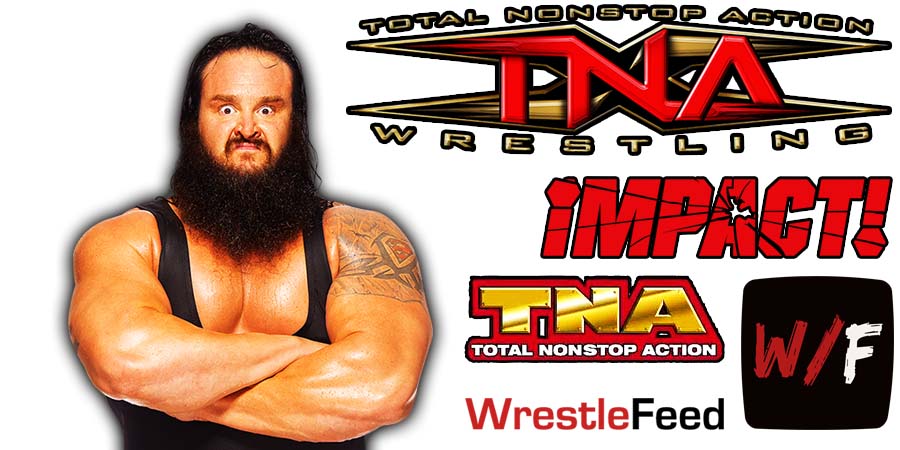 “It appears the former Braun Strowman will be here (in Impact Wrestling). Strowman is interesting because he is a big name who was a headliner in WWE until recently and would probably be pushed to the top here.”

Strowman, who will turn 38 next month, was released from WWE on June 2 and his 90-day non-compete clause ends on August 31.

Strowman is currently in the best shape of his life. Below is a recent photo of him:

Below are Strowman’s accomplishments in WWE:

On this day in 2020, we lost Old School Wrestling Legend “Bullet” Bob Armstrong (Real name: Joseph James) at the age of 80 due to bone cancer in his ribs, shoulder and prostate.

In 2011, Scott, Brad & Brian inducted their father into the WWE Hall of Fame.