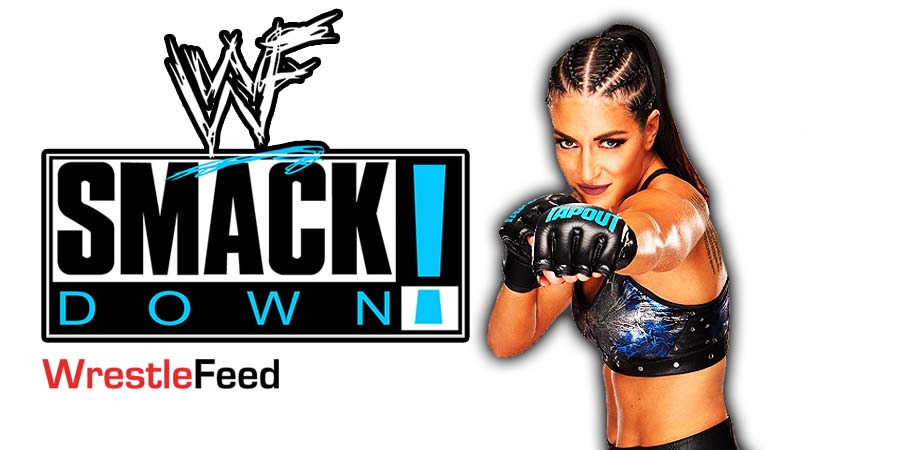 Below are a couple of important updates from tonight’s SmackDown (which is the final episode before tomorrow night’s Royal Rumble 2022 premiere live event):

– Sasha Banks returned and announced her entry in the Women’s Royal Rumble match.

After the match, Naomi said after 153 days she finally made Sonya pay and vowed to win the Women’s Royal Rumble Match.

A visibly upset Sonya then said she has a surprise for Naomi and it’s that she’s entering the Women’s Royal Rumble Match.

Also Check Out: SmackDown Champion Has Been Cleared To Wrestle (Photo)

On this day in Pro Wrestling history on January 28, 2007, World Wrestling Entertainment aired their annual ‘Royal Rumble’ event LIVE on PPV from the AT&T Center in San Antonio, Texas.

The theme song of this 3-brand (RAW, SmackDown & ECW) pay-per-view was “Drones” by the band ‘Rise Against’.