12. Real Reason Behind The Currently Planned Universal Title Match At SummerSlam 2017, WWE Planning To Protect Top Stars As we noted earlier in this article, Braun Strowman interfered in this week’s #1 contenders match between Roman Reigns & Samoa Joe on Raw. This is expected to lead to a Fatal 4 Way Universal Championship match between Brock Lesnar, Roman Reigns, Braun Strowman & Samoa Joe in the main event of SummerSlam 2017. The reason behind doing a Fatal 4 Way match is to protect Lesnar/Reigns. WWE has been planning to put Reigns in the Universal Title match at SummerSlam for a while now, but aren’t sure on what the finish of that match would be (as they keep going back & forth on it). If WWE doesn’t want Lesnar to lose the Title, then that would’ve meant that Reigns would have to lose to Lesnar. So in order to protect Reigns, a Fatal 4 Way would mean that Lesnar could pin other opponents in that match to win. 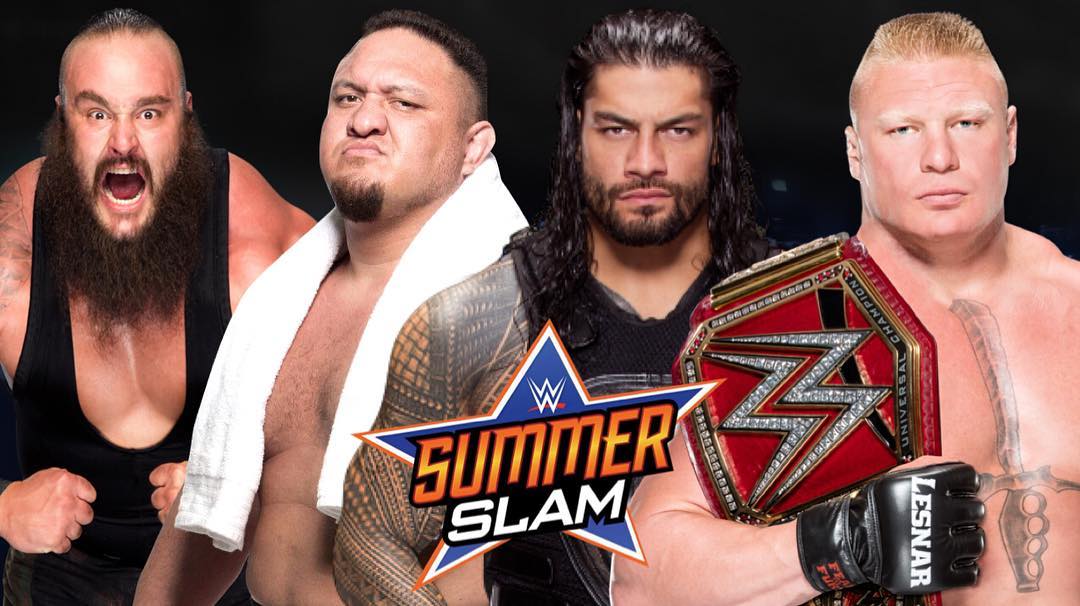 By doing this Fatal 4 Way match, Lesnar gets protected as well. If WWE officials plan to take the Title off Lesnar, then Lesnar doesn’t need to get pinned or submit to lose the Title (similar to how he lost the WWE World Heavyweight Championship in the main event of WrestleMania 31).