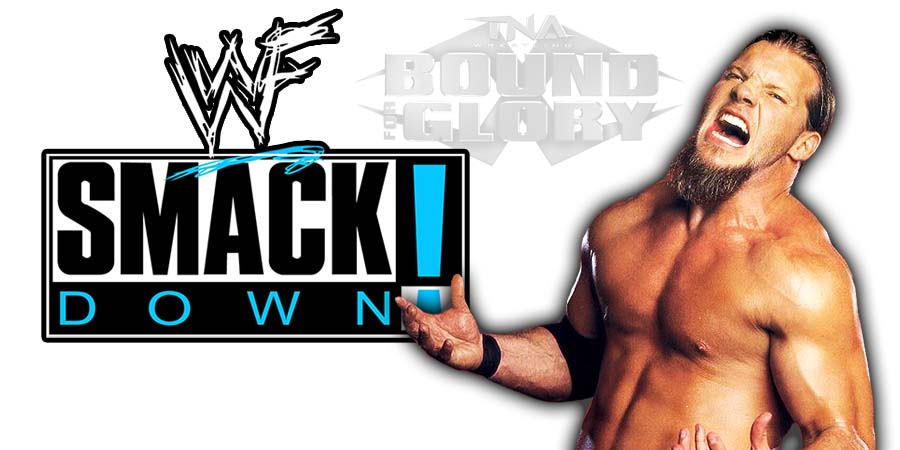 It was LIVE from the Georgia Dome in Atlanta, Georgia and featured matches, interviews & storyline segments on the road to the ‘WWF No Mercy 1999’ PPV.

7. The Big Show vs. Big Bossman

A fan asked Chris Jericho if there’s a chance he’ll appear at next week’s historic 1000 episode of SmackDown, SmackDown 1000, and Y2J trolled the fans with the following 3 responses:

Speaking of Jericho, he’s expected to make his Impact Wrestling debut this Sunday at the Bound For Glory 2018 PPV.

As we noted earlier, the following things have been announced for SmackDown 1000:

– The Undertaker and Kane return to SmackDown

– The following matches being advertised:

WWE posted the following regarding The Undertaker’s return to the blue brand:

“On what is sure to be a historic night, one of WWE’s greatest legends will be in attendance, as The Undertaker will make his presence felt at SmackDown 1000.

The Phenom was the top dog on the blue brand for a number of years, leading the way as the World Heavyweight Champion while taking part in unforgettable rivalries against fearsome competitors like Batista, Edge, Brock Lesnar, Randy Orton and his own brother, Kane.

Fresh off devastating Triple H & Shawn Michaels at WWE Super Show-Down, what does The Deadman have in store? Find out during SmackDown’s 1000th episode, next Tuesday at 8/7 C on USA Network!”