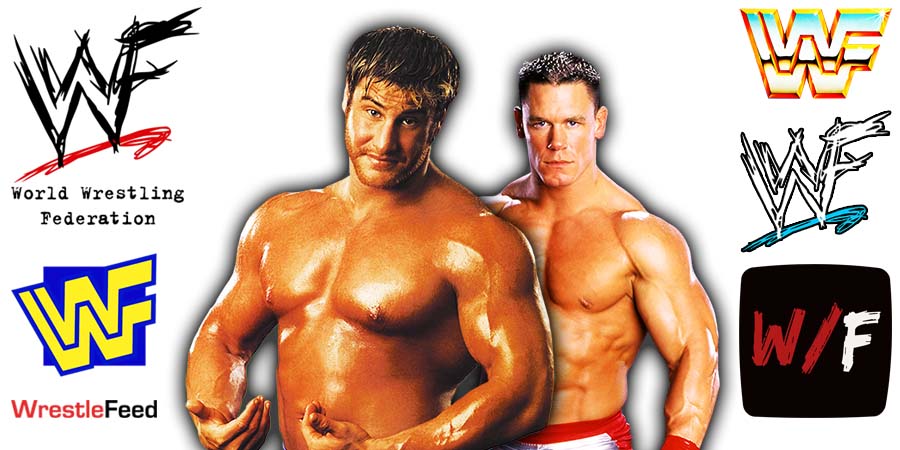 • Former WWE Wrestler Had A “Real” Brawl With John Cena

During a recent edition of his Cafe de Rene podcast, former WWE wrestler Rene Dupree talked about a brawl segment with John Cena back in the day.

On the April 29, 2004 episode of SmackDown, Dupree and Cena landed some real shots because WWE Officials wanted the brawl to look really physical.

“I remember we were being told by Fit Finlay and the other agents that the physicality between me and John Cena afterwards when he made the save had to look real. And let me tell you, it was as real as it can be.

I busted his eyebrow open, he was bleeding, and he busted my lip, and I think I had a bruise somewhere on my face. Those were live rounds.”

Also Read: Bianca Belair Reveals What John Cena Told Her After She Got Squashed At SummerSlam 2021