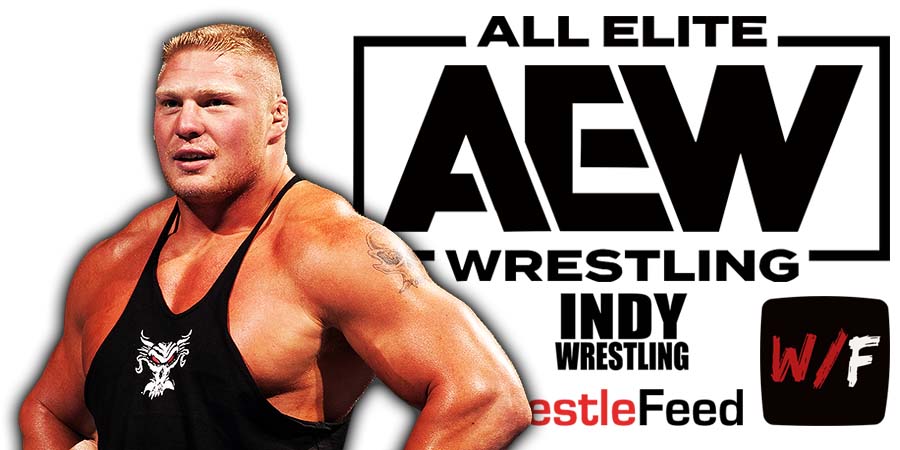 During a recent interview on the Battleground Podcast, AEW powerhouse wrestler Wardlow talked about his dream opponents in pro-wrestling.

Wardlow named Brock Lesnar as one of the wrestlers he’d love to face and thinks they could draw a lot of money together.

“I think if I ever found myself in the same ring as Brock Lesnar, I think that has money just pouring out of the idea of it.

I think him and I would just m*rder each other. I don’t know if there’s a ring that could hold the two of us.

I want whoever thinks they’re the best in the world. That’s who I want to wrestle.”

2. The Undertaker vs. Tommy Angel