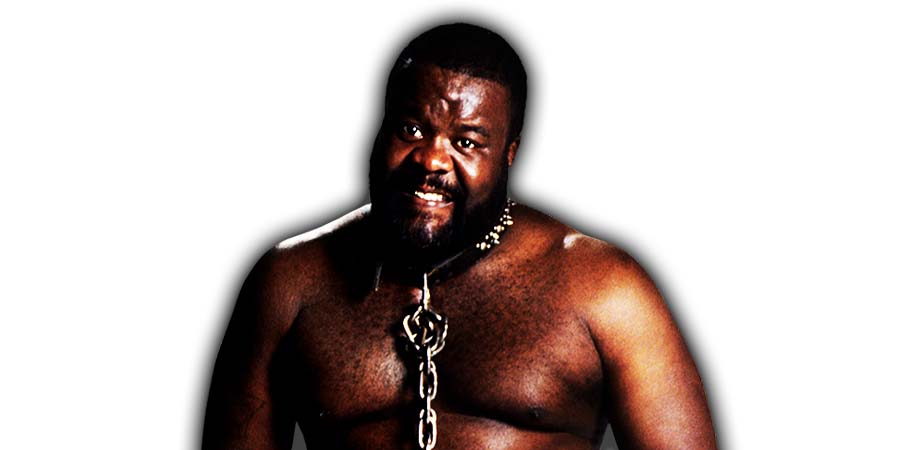 – The “Jive Soul Bro” Music Video By The Slick

– Ted DiBiase vs. The Junkyard Dog

During a recent edition of Duke Loves Rasslin Podcast, former WWE wrestler Rodney Mack talked about his personal training business with Jazz, how he got hired by ECW, getting fired from WWE, what Junkyard Dog taught him about wrestling & more.

On what Junkyard Dog taught him about wrestling:

“JYD is my Uncle but not by blood. Way back in the day JYD had been with one of my mom’s sisters. Dog never spent any time in the ring with me, but he taught me the business of pro wrestling.

Number one thing he taught me is you’re black and wrestling is a white man’s world. No matter how good you are you were going to be used as a whatever. Dog was fortunate to run into a guy like Bill Watts who wasn’t afraid to take a chance on him.”

“I’m not going to say I’m the greatest thing since sliced bread, but I know I was a lot better than a bunch of those guys that are still getting paid. Jazz and I were loved by everybody.

Stephanie McMahon pulled Me and Jazz off to the side for a special little talk and said Jazz was the most believable person on the roster and so was I and we were good people that would have a job for life. She said all that bulls*** yet three weeks later we were fired!”

On how wrestlers of color are used in WWE:

“Every time you have a person of color that’s good they don’t give them a chance to show who he or she is and instead stereotype them. Either their pants are sagging down with one leg rolled up, talking s**t from the street like they’re uneducated or the other extreme where they got motherf**kers throwing pancakes and their face all painted up.”

On his personal training business with Jazz:

“Yeah man we have a first day package, once we beat you up we fix you up (laughs). Jazz and I have been doing this for about 20 years what they now call personal training. What we do is a little deeper though because in addition to working with the elderly, we also train kids as well. We help them with their homework and things like that so it’s a mixture of personal training and Big Brother / Big Sister Program out here in San Antonio.”

On being a wrestling fan at a young age:

“My Dad from day one always watched wrestling; Mid South, Global you name it. My dad and I were such big wrestling fans I remember when I was 4 years old, my mother was pregnant with my brother and we dropped her off at the hospital one night. While she was giving labor, my dad and I went to go see Andre The Giant in a handicap match!”

On being hired by ECW:

“Jazz and I had been traveling with ECW for about a year and a half but I got sent home because I challenged all them motherf**kers in the locker room because they kept f***ing with me. I stood in the middle of the locker room and challenged every last one of them and ain’t nobody jump! So we went back home for a few months and then Tommy Dreamer called Jazz about a PPV.

Jazz convinced me to fly down with her and it was that PPV where guys from another promotion, XPW, started a big fight during the main event. Everybody ran outside and we started cleaning house. I knocked out about 5 guys and when I got back to the locker room, Paul E and I hugged and shook hands and I cried.

I’m a very emotional guy when it comes to anything. So Paul E and I had a moment and from then then on out I started working with them. I went from curtain jerker to working in the main event.”

“Daniel went to my High School. I was there first of course and DC played with my brother on the football team and in wrestling. I love Brock Lesnar, but hands down DC got him. This dude is a fighter man and everyone knows it. DC has been a big fan of pro wrestling his entire life man so I think he would do well in that too.”