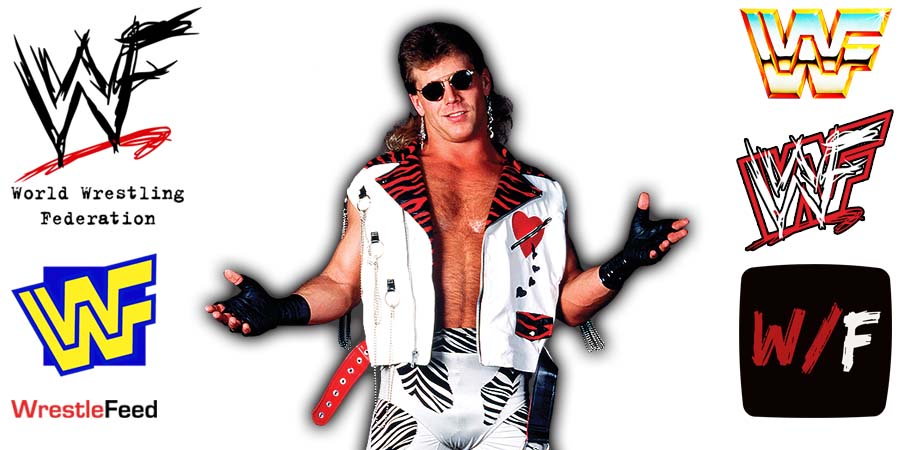 Shawn Michaels faced Hulk Hogan in an “Icon vs. Legend” match in the main event of SummerSlam 2005 and lost.

This is one of the most infamous main events in WWE history, because of HBK’s overselling.

According to former WWE writer Court Bauer, Vince McMahon played a role in Michaels developing bad feelings towards the Hulkster.

Below is what he said on The Insiders podcast:

“Last opportunity. Ego. Derailed something that could have made them both money and the company money. If I had to point a finger, really what was the spark for it to go sideways, it was Vince.

We start out. Hulk is back. He has his reality show. I remember producing Vince and Hogan and producing Hogan specifically with Bruce in Anaheim. He was so easy to work with.

Having grown up hearing, you know, he could be very controlling over his creative. I’m sure he was. I’m sure that’s probably true, but when I worked with him, he was super easy. He brought his entourage with his family and everything. I can’t say anything negative about producing Hulk Hogan at all, I didn’t have a bad experience. I didn’t see any of the ego. Maybe I wasn’t privy to it.

In the agent meetings, starting in June and into July, Shawn was sitting in those agent meetings. He was not office at that point. He was a respected elder member of the roster. I don’t say that in a disrespectful way, but he had tenure, and he was a legend, and would contribute in a very positive way in a lot of meetings.

He’d sit there and we’d go over every taping. You know, okay, Hogan is doing this, but, Vince would start being playful and kind of messing with Shawn and say, ‘Well, of course it was leading to that match at SummerSlam, and we know who’s winning that one.’ His eyeglasses were down looking at Shawn.

As it got closer and closer to the match, there were some bad feelings from Shawn’s side. I don’t know if Vince meant it. I don’t know if he’s trying to manipulate the situation, because if he did, the outcome I don’t think was something he desired. The outcome was a match that looked like a parody of a match and then no one wanted to do business after the match.

So it’s like, congratulations. I don’t know if your ribbing was just good natured just to bust Shawn’s balls or you were trying to motivate him to step up and have this amazing match or something. In the end, Shawn just felt like he wasn’t into it and just didn’t want to do it. So you got to be sensitive with talent.

In that case, if he was just having fun with Shawn and I don’t think Shawn at the end wanted anything to do with Hogan. When a work turns into a shoot kind of thing, I think all of a sudden he really resented Hogan going over.

Again, another guy that you had heard all these stories about was so easy and relaxed with everything, and all of a sudden like the horns came out, but you know, he was getting poked. You poke the bear enough, something’s gonna happen.”

Also Read: Shawn Michaels Opens Up About 1995 Incident Where 6 Marines Beat Him Up