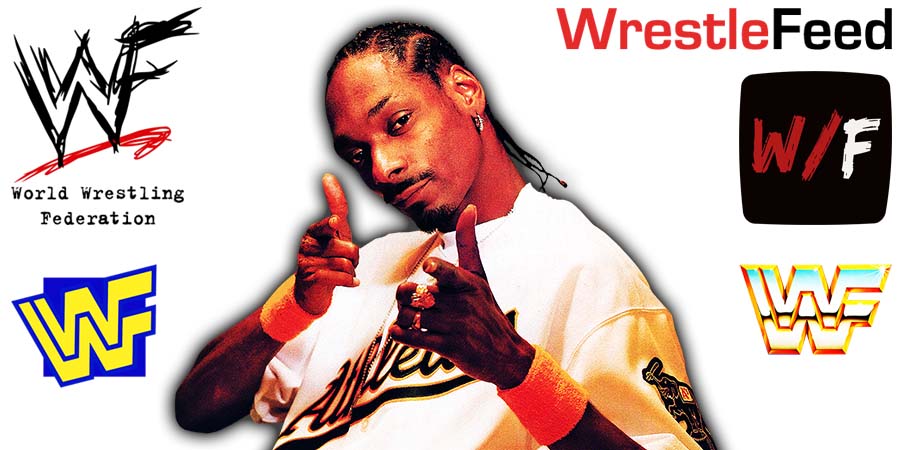 On a recent episode of ‘Monday Mailbag’ on AdFreeShows, Old School WWF Referee Mike Chioda revealed that he once smoked marijuana with famous rapper, WWE Hall of Famer Snoop Dogg in 2008.

Here’s what the legendary referee said:

“Everybody got a little turn in there. I think it was Orlando when he showed up at one of the WrestleManias.

He had his own camper out there and he’d bring in certain tour buses, and campers, and everything. I went in there and met him, smizzed up a little bit.

There were a bunch of guys, Wiz Khalifa in Pittsburgh, never got to smoke with him though. Everybody was jealous because we were getting tested that day for marijuana and we had to pay a fine for marijuana…$2,500.

The drug testers were there and here’s Wiz Khalifa just blowing big stogies, the whole f**king hallway reeked as we’re on our way to take our drug test. Some of the guys walked by and were going to blame the hallway for breathing that sh*t in. You can’t top Snoop Dogg though, there’s no way.”

This episode was broadcasted from the Office Depot Center in Fort Lauderdale, Florida and featured matches, interviews & storyline segments on the road to the ‘WWE Royal Rumble 2005’ PPV.