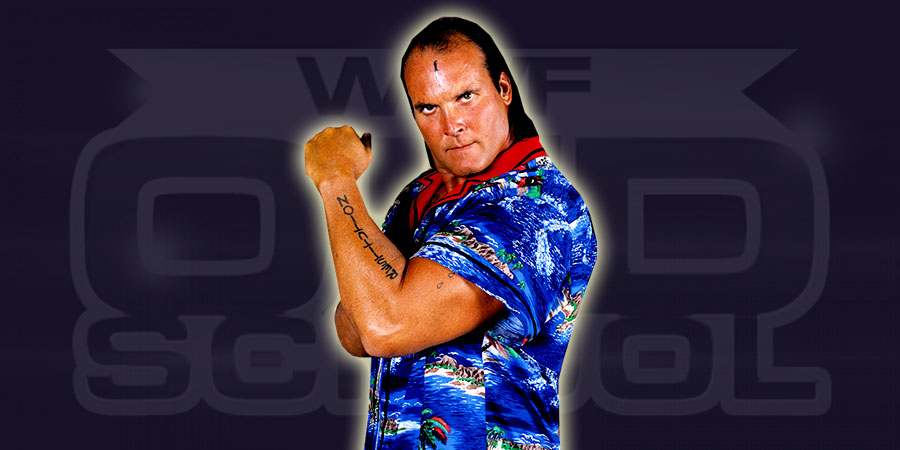 As we noted before, Dan Spivey talked about how WWE saved his life and he didn’t agree with the recent lawsuits against the company. He recently sent a message to Billy Jack Haynes, one of the first wrestlers to start this lawsuit campaign, and below is what he wrote on his Facebook:

“This is a private message I sent to Billy Jack yesterday. And since he wants to make this personal, I want everyone to know what I sent to him privately in regards to the law suit, Vince and the WWE and that this is only my opinion, and not receiving any payday for this. I will make a statement later today as I am off to live my life to the fullest and play golf. God Bless.

“Hi Billy, this is Dan Spivey, sorry it took me so long to get back to you. You ask me about my health. Well I’ve had a neck fusion ,6 hip replacements and a knee replacement. I’ve been through 5 rehab facility for drugs and alcohol addiction, that Vince paid for. For the last 6 years I’ve been clean and sober and for the last 6 years I’ve haven’t had any medical issues. Billy the reason that it has taken me so long to get back to you is, I’ve really been thinking about the lawsuit, and I don’t feel the same way as you guys do about the WWE. In the 1980’s everybody, who was a wrestler wanted to work for the WWE, it was the place to be if you were a wrestler. It was an honor to work there because everyone who liked wrestling knew us. And at the time we made a lot of money. A lot more, than working for anyone else. Vince never ask me to take pain pills he never ask me to take steroids. I did them because I wanted to, not because anyone in the WWE ask me to. I knew what the deal was when I got into, this business of professional wrestling .If I was unable to work I didn’t get paid. If I did get hurt, it was up to me to get well. If it require surgery that was on me. And we all knew that. In 1986 I had to have surgery, I had a fusion done. Vince paid me $500.00 a week for 6 months until I was able to come back to work. No other promotor in the world would have done that. Vince did. I know for myself that if I would have never worked for the WWE, I would have been so disappointed. I would have felt that I was a failure. I wanted to be a wrestler I wanted to work for Vince. No one force me to be a wrestler, it was something that I wanted to do more than anything .There was no other job out there for me to make the money that I did working for the WWE. I took drugs long before I ever worked for the WWE. And I also drank alcohol long before. And I am sure I’m not the only one. As far as a union it will never work in my opinion because for every guy that you can get to walk out, there will be 10 that will work for the WWE for free. Billy you are asking me to take part in the suit, but I just don’t feel that the WWE and Vince owe me anything. If it wasn’t for the WWE no one would know who Dan Spivey was. And I can’t sue them for my decision of a career choice. I chose to be a pro-wrestler and I have no regrets. And if it wasn’t for professional wrestling I wouldn’t have been able to see the world. Billy guys like you and me worked for the WWE because we were special, they thought enough of us to give us opportunity to make good money. There are a lot of boys out there who were great hands in the ring but never got the opportunity that we did to work for the WWE”.

He then wrote another post and you can read it here: “Thank you everyone for the positive responses to my posts. I am truly grateful and humbled by it all. In response to Billy Jack Haynes and his rants, I have a lot to say and as you all can see I am not afraid to say it. First, I feel is quite low of Billy Jack to “attack: a woman and tell her to “SHUT YOUR MOUTH WOMAN”, especially since she is a part of the Windham family and has carried the name for 30 years. Being on the “inside” track she has more insight and knowledge about Black Jack than anyone of us can say.

First off, Billy, if you read my post, I have been clean and sober for 6 years! My active addiction was for over 40 years! Long before I got into wrestling. It is a proven scientific fact that we are all born with a predisposition to addiction, all of us not just wrestlers. It then becomes the “nature vs. nurture” aspect of who becomes an addict. My heart goes out to each and everyone of my fallen brothers, whether is be from addiction, suicide or something else, like Dusty Rhodes The American Dream and Randy Savage, who was a true friend of mine. With that said I still do not blame the business, ECW, WCW, WWF/E, TNA for their passing. We all got into wrestling because we loved it. We all wanted to work for WWF/E and did anything to get there. Vince took his fathers business and put it on World Wide TV, was a pioneer with Cable TV and PPV and made us all house hold names – mid card or not.
Billy Jack Haynes states I was a mid card at best, maybe in the states but not in Japan, where I was top dawg and making an excellent living — so I guess the lawsuit should be brought there too?

Why should you bring Scott Halls name into this, a man whom I traveled with many miles as we walked the road to wrestling success. I am proud of Scott to be inducted into the WWE Hall of Fame. Razor Ramon was a top notch gimmick and he did it well. He too is a man who battles with addiction and being his Sober Companion I have seen him at his worst. I can say wrestling did not make Scott an addict as he himself tells about is alcoholic father and the abuse Scott dealt with growing up – which I know for a fact Vince was not his father. But Vince is the one who as taken care of Scott by sending him to rehab several times and employed him as a trainer with in this past year.

This lawsuit is being lead by a man, Billy Jack Haynes, who was with the WWF for 2 years! 2 Years! not 10, not 20. A man who after he was fired form the WWF drove from Portland, OR to Tampa, FL begging Hulk Hogan to help him get his job back with the WWF, which Hogan wanted no part of.

I myself was with the WWF for 7 years (on/off), All Japan and WCW for 8 years, 14 years in total in the wrestling business and again they are not to blame for my addiction or injuries. I chose wrestling as my career. I received my first injury with UGA football, blew out my knee, so should the lawsuit start there?

Dr. Zahorian, I was introduced to him by one of the boyz, talk about an easy ticket to satisfy my addiction! AND I testified in Federal Court against Dr. Z and WWE about this. Dr. Z went to jail, not WWE, as they did not force me to get in line to receive my fix, again my choice. Plus Dr. Z did not distribute cocaine, crack, pot or the like, which many of the boyz were using. Dr. Z would give us steroids, sleeping pills, xanex, valium. To my knowledge Dr. Z did not prescribe pain killers. In fact for me I took my first pain killer in Japan, given to me by one of the boyz.

I left wrestling 20 years ago, and it wasn’t wrestling, WWE or Vince that continued to fuel my addiction, it was me. But I can tell you when I needed help the WWE was there and paid for 4 rehab stays. 4! Rehabs are not cheap. Even then it was up to me to take recovery serious. The WWE offices continued to call me week after week to make sure I was sticking to my recovery program. The democratic Senate Ethics may have told Vince to institute this program but I know for damn sure they did not dictate how they ran the program. Even today, 6 years later the WWE Rehab Program follows my recovery progress, not the rehab facility itself, but the WWE.
I AM NOT BEING PAID BY THE WWE FOR THIS. These are my own words, I speak for myself and no one else.

I also know for a fact that Dynamite Kid has NOTHING to do with this suit, nothing.
Again….have we all sustained injuries because of our career choices? YES. Have some of our brothers died and untimely death due to addiction? YES Is this all because of one man? NO These things happen because of our desire, our passion to be in the #1 Sports Entertainment company, the WWF/E, to be superstars, to be a celebrity. Yes we worked hard, 7 days a week and twice on Saturday and Sundays, but we sure liked that pay check at the end of it all.

I do not lie, maybe 6 years ago when I was in my active addiction to get more drugs, but not today. I follow a spiritual program, I am here to help others who seek help with their addiction. I am committed to my recovery by attending recovery meetings and most importantly having a sponsor, whom I speak to daily. As I was willing to go to any length for my addiction I am will to go to any length for my recovery – AND that’s all on me. As with wrestling, Vince, who took the NY based promotion from his father, and made it an entertainment sensation, gave me a forum to do what I love, be a professional wrestler. Now today, because of Vince, again gave me a forum to start my recovery with the WWE rehab program. As with wrestling, I take my recovery and my life to new heights, not because Vince tells me to, but because I take responsibility for it and get to walk with my head held high with out playing any blame game.

Billy Jack, you may consider yourself as the walking dead, but I do not. I am healthy I am alive and live life to the fullest.