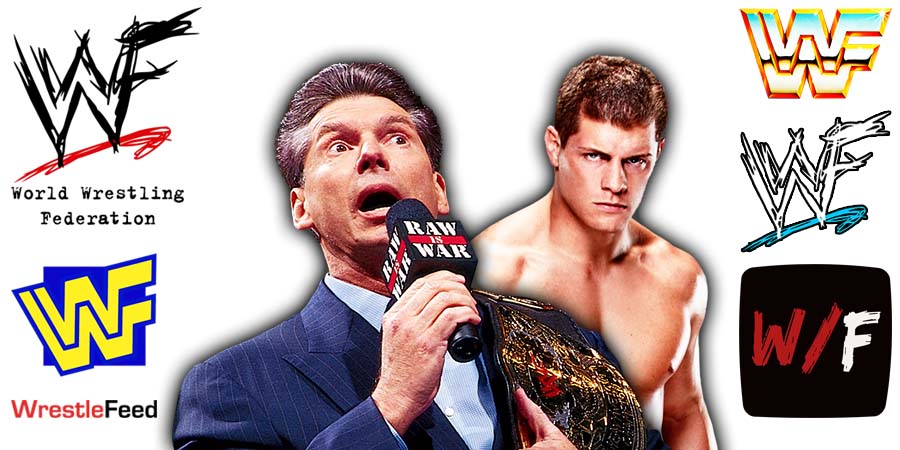 This week’s RAW kicked off with an in-ring promo segment between Cody Rhodes and Seth Rollins.

Rollins said he has a mystery opponent for Cody for the main event of RAW, which turned out to be Kevin Owens. Cody defeated Owens via count-out.

On SK Wrestling’s Legion Of RAW, former WWF Writer Vince Russo expressed his displeasure towards Vince McMahon relying so much on Cody.

“Vince is so desperate, he’s going so against the grain of what he would be doing and he’s riding Cody Rhodes, which I can’t believe.

Cody Rhodes is not going to draw a fan other than those that are already watching. It is what it is, but I was very concerned about, ‘Okay, where do we go after ‘Mania. What have you got in the pipeline?’ And this is it, I guess.”

Also Read: Cody Rhodes Reveals What An AEW Manager Did That Resulted In Him Making Up His Mind To Return To WWE

This episode was pre-taped at the Carolina Coliseum in Columbia, South Carolina and featured matches & storyline segments on the road to the ‘WCW Slamboree 1998’ PPV.

2. The Barbarian vs. Prince Iaukea