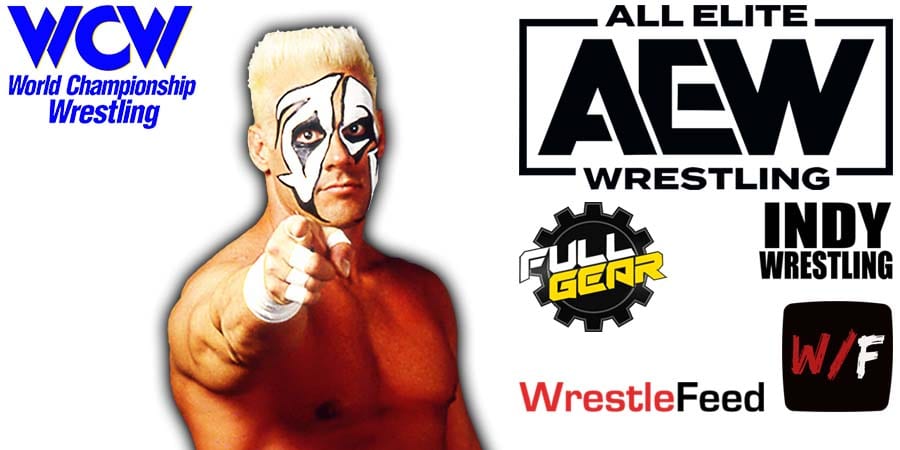 Here’s what Cash Wheeler said about it:

“If he [Sting] shows up that’s cool. Little known fact, when Sting was coming back with WWE, I was the one who was flown to Stamford to work with Sting in the ring to get him ready for his match with Hunter. So we have a bit of a history and yeah, I’m a big Sting fan. Of course, it would be cool to see him here.”

The rumor of Sting debuting to manage Darby Allin (who will face Cody Rhodes for the TNT Championship) was then brought up and Wheeler said the following:

“If it’s true, I like it. As long as he’s here to bring new eyes to AEW and get new viewers and help new talent, I’m all for it. If it helps better the company without taking away from it, yeah, it’s fine with me.”

Dax Harwood then added the following:

“Our ultimate goal, and every wrestler’s ultimate goal here is to make AEW the biggest wrestling company in the world. We’re all working towards that and we’re all busting out a$$ for that. Just like Cash said, if the plan is to come here and elevate someone, elevate the company, yeah bring him on.”

The Headbangers vs. Too Much

The Rock vs. Marc Mero