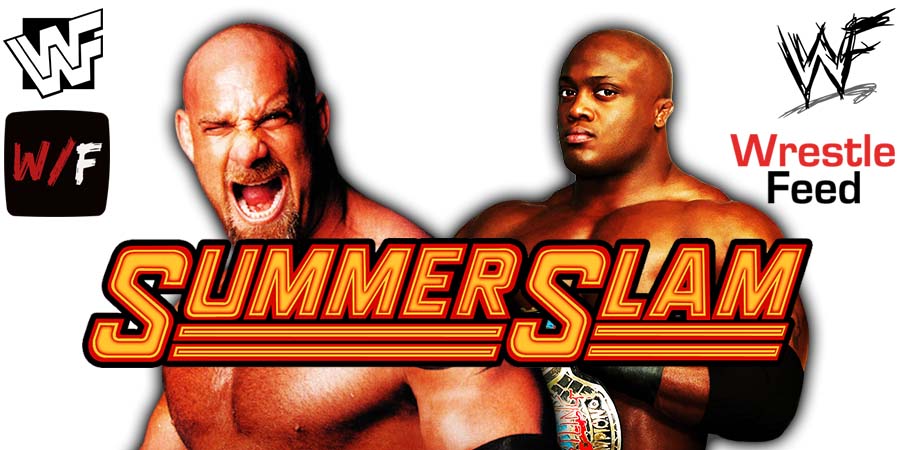 In the co-main event of the SummerSlam 2021 pay-per-view, Bobby Lashley defeated Goldberg to retain the WWE Championship.

Goldberg lost the match because he suffered a leg injury (storyline injury, not real) and couldn’t stand on his feet to continue the match.

Lashley attacked Goldberg with a Steel Chair after the match. This led to Goldberg’s son Gage jumping on Lashley, as he tried to save his father.

However, Lashley took out the 15-year-old boy with the Hurt Lock. After this, MVP said Lashley didn’t know it was Gage.

Goldberg then checked on his son and shouted “I’m gonna kill you!” at Lashley.

While Goldberg was checking on his son in the ring, he choked him. During an interview with CarCast, the WCW Legend explained why he did it:

“I was choking him. He goes, ‘Dad, when you came over and grabbed me, you were choking me.’ I was like, ‘I saw you smiling, man, I had to get the smile off.’

The kid is impervious to pressure. He did 4 hours of homework before he went out and jumped in the ring with a 290-pound monster who was beating his dad up. It didn’t bother him one bit.

Wanda (Goldberg’s wife) was in the back. If she was anywhere near the ring, it wouldn’t have made any sense. She would have had to jump in too.”

Goldberg pulled Gage’s shirt to choke him. You can check it out below: 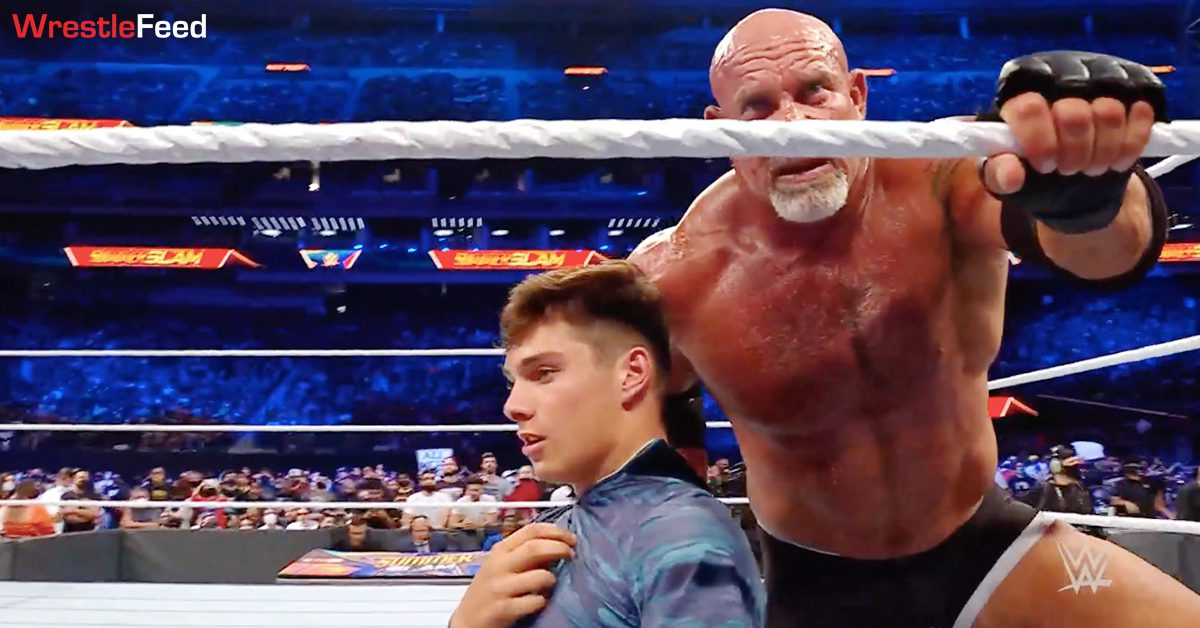 Also Read: Backstage News On What’s Next For Goldberg