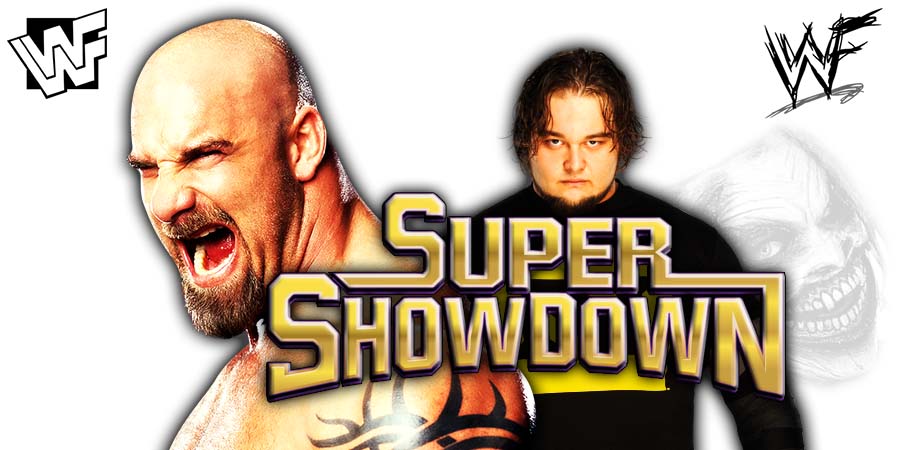 3. The Warlord vs. Tom King

• Goldberg Is Not The One To Defeat The Fiend For The Universal Championship, Says WWE Hall Of Famer Mark Henry

WWE Hall of Famer Goldberg will return to in-ring action on February 27 in Saudi Arabia at WWE Super ShowDown 2020 pay-per-view, where he’ll challenge “The Fiend” Bray Wyatt for the Universal Championship.

During a recent edition of Busted Open Radio, WWE Hall of Famer Mark Henry said the following about this upcoming Title match:

“Bill is not the one. This is one of those matches that if it is done right it can be one of those that we really talk about and say ‘Where has this Goldberg been’ and I think he realizes that and wants that.

A lot of people would not want to work up to that standard, but that is why he is a Hall of Famer.”

Also Read: Spoiler On If Goldberg Will Dethrone The Fiend To Become The Next Universal Champion At WWE Super ShowDown 2020