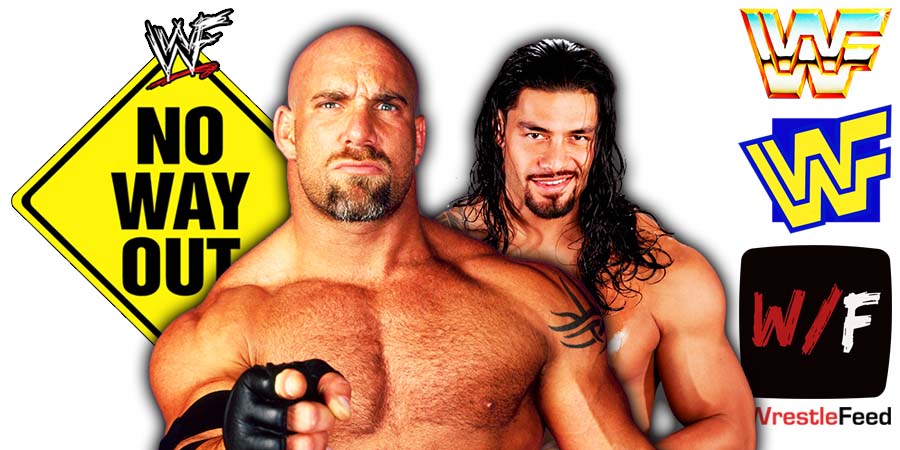 In the opening segment of tonight’s SmackDown, The Bloodline came out and Paul Heyman acknowledged his Tribal Chief.

Paul said he made a mistake telling Roman that he needed to be protected from Brock Lesnar. At Day 1, he got Brock into the WWE Title Match, but he wasn’t happy since Brock acts and looks like a schmuck.

At the Royal Rumble, Roman came out and offered him the hand of love and acknowledgement and he smashed Brock in the face with the WWE Title and cost him the Championship.

Heyman said there will be no Title vs. Title match and Brock will have to acknowledge Roman at WrestleMania 38.

WWE Hall of Famer Goldberg then made his return! Goldberg said:

“I acknowledge Roman Reigns….as my next victim! You. Me. Elimination Chamber, for the Universal Championship. You’re Next!”

This was originally scheduled to take place at WrestleMania 36 in 2020. 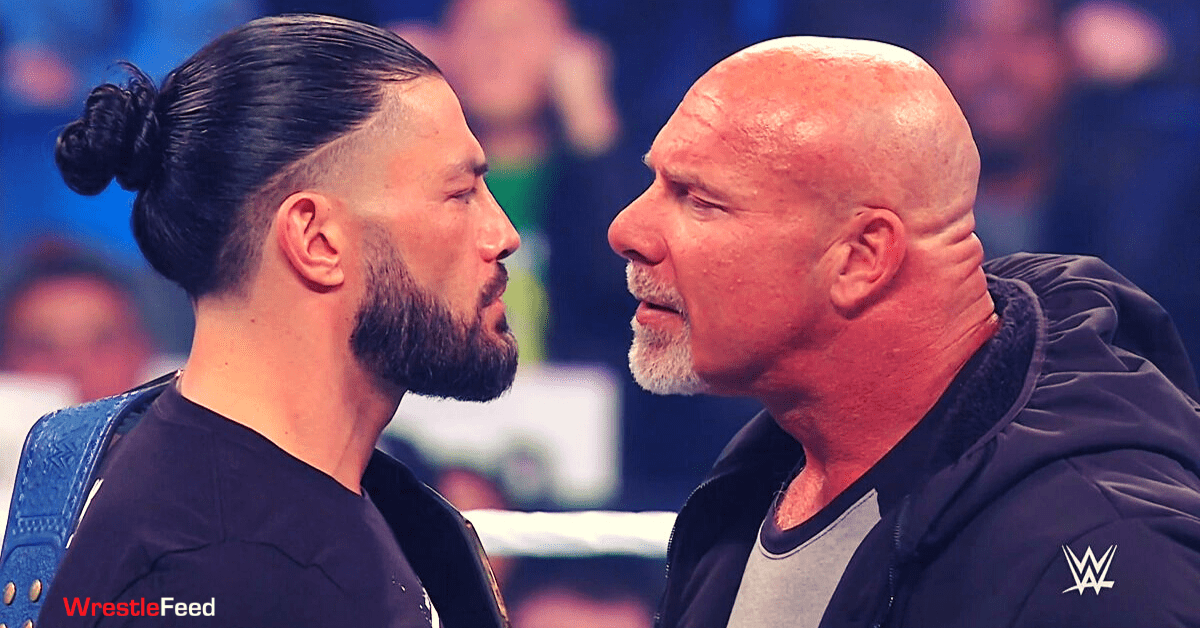 Below is the updated match-card for Elimination Chamber 2022:

– Highlights Of Virgil Trading On Ted DiBiase At The Royal Rumble

– The Mountie vs. Tom King

– Tito Santana vs. Koko B. Ware

– Legion Of Doom & The British Bulldog vs. Power & Glory & The Warlord