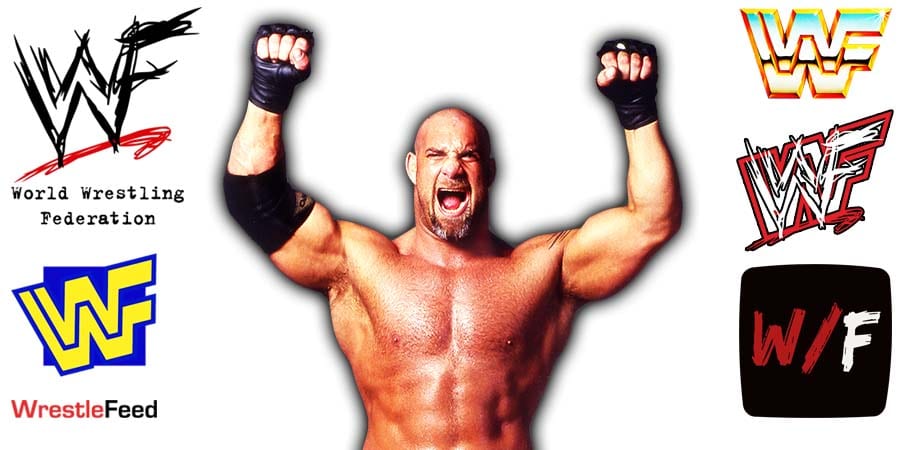 During an interview with Dr. Beau Hightower, WWE Hall Of Famer Goldberg revealed that he once hit Viscera (aka Mabel / Big Daddy V) with a Jackhammer at a Live Event.

However, no one (except the live crowd) has seen the footage of it, which he plans to post one day.

“There was never a human being that I grabbed that I couldn’t Jackhammer.

I did it to Viscera over, you know, overseas. Nobody’s ever seen the video. No. This was somewhere else. Yeah, no one’s ever seen it.

Viscera was 500 pounds, so this has to be one of the heaviest Jackhammers of all time!

Also Read: The Undertaker Says His Part-Time Status Played A Role In Huge Botch During His Match With Goldberg

– Johnny B. Badd vs. Danny Deese