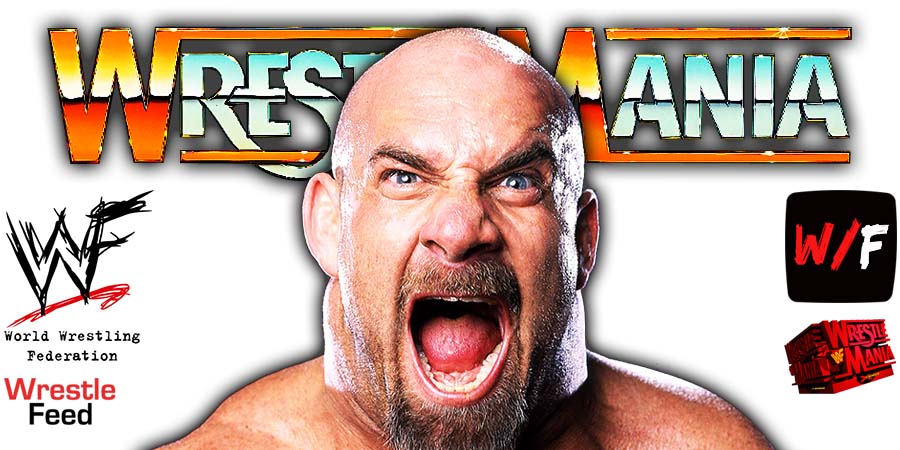 Old School WCW Legend Bill Goldberg was recently interviewed by Bleacher Report, where he spoke about his match against WWE Universal Champion Roman Reigns at Elimination Chamber 2022 in Saudi Arabia.

Goldberg lost this match and was also booked to lose to Roman at WrestleMania 36 in 2020, but that match didn’t take place and Reigns was replaced by Braun Strowman.

The 2018 WWE Hall of Famer noted that he wants a rematch against the current Undisputed WWE Universal Champion and then said the following about losing to The Tribal Chief:

“It doesn’t eat at me by any stretch of the imagination, but it eats at me, 100 percent. Roman and I were on a collision course for a long period of time.

It never happened when it would have been the best, but to say anyone that beats me doesn’t deserve to have their a$$ kicked afterward, I’d be a liar if I said anything other than that.”

Goldberg also noted that his loss to Reigns at Elimination Chamber won’t be his last match:

“Hell no! As Goldberg, absolutely not. It was great business, but it’s not how I want to go out.”

Also Read: “There needs to be more characters like that” – Goldberg On Top AEW Star

On this day in Pro Wrestling history on July 23, 2006, the Great American Bash 2006 PPV took place at the Conseco Fieldhouse in Indianapolis, Indiana.

While ‘Great American Bash’ was originally an NWA/WCW concept that took place from 1985 until 2000, WWE brought it back in 2004 and kept it around till 2008, then renamed it ‘The Bash’ in 2009 and then only brought it back for TV specials later on.