It was broadcasted from the Kemper Arena in Kansas City, Missouri and featured matches, interviews & segments, on the road to the ‘WWF Rebellion 2001’ PPV.

• Good News Regarding The Undertaker’s Health

It’s not surprising when you hear that The Undertaker is dealing with a lot of injuries as that’s what happens when you work as a top guy in the #1 wrestling company for almost 3 decades.

While many fans know about Taker’s hip issues (which he took care of last year), Undertaker is also dealing with knee issues.

However, he’s taking care of this issue as well!

NeuFit noted on Instagram that their General Manager, Rich Dougherty, has been working with Taker for several months and Taker is seeing tremendous results!

Below is what NeuFit posted:

Our general manager, Rich Dougherty has been working with him for several months, once a week, to help him get out of pain, especially around the knees.

Let us just say that this man DOES NOT usually allow pics of any kind but he is so thrilled with his results that he happily posed for us. And YES, this is his happy face, y’all!

Also, Rich might have had to endure a chokeslam to get this pic, but he did it!” 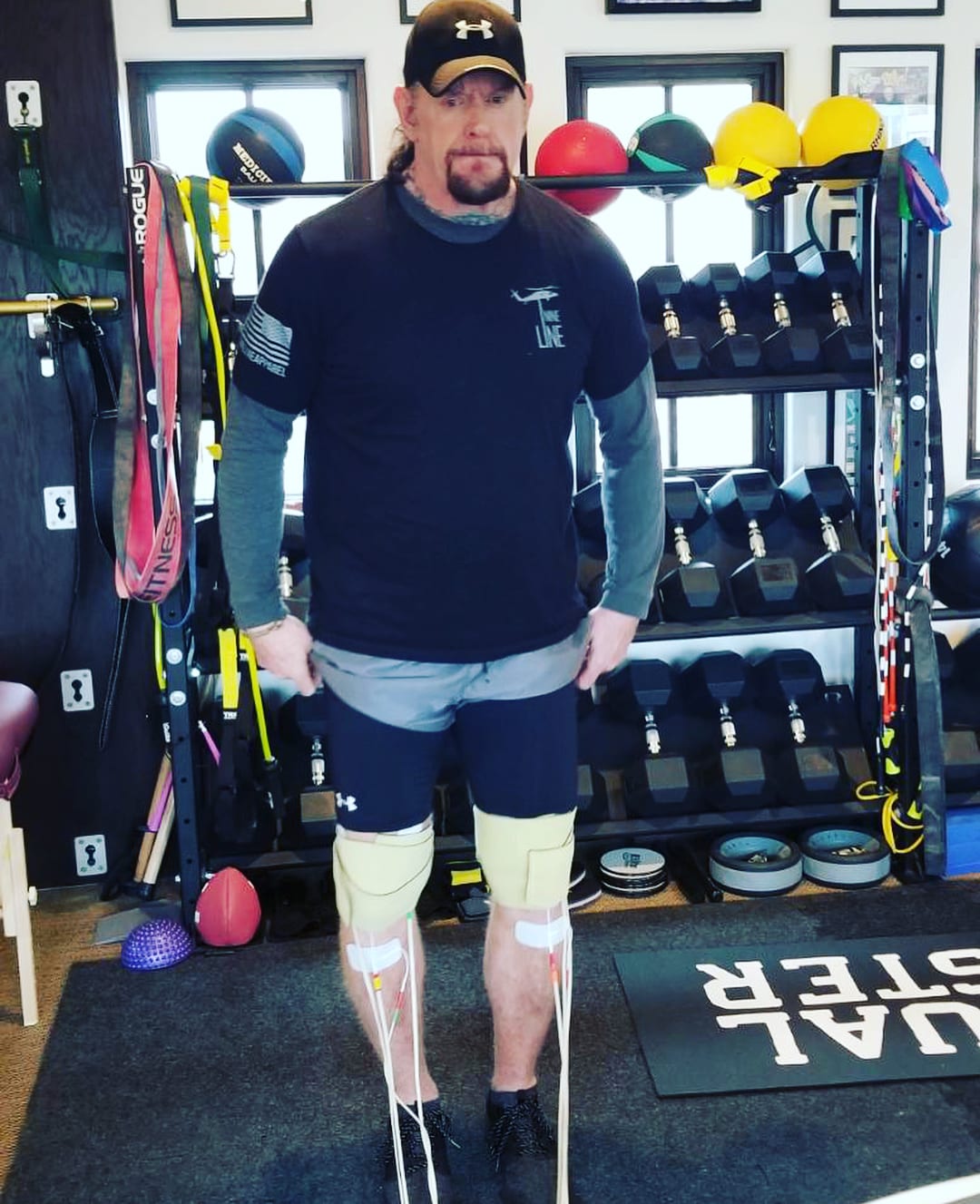 Below is what Rich posted about this:

“THE UNDERTAKER…I’ve been working with the big man weekly to keep him feelin like the champ that he is.”