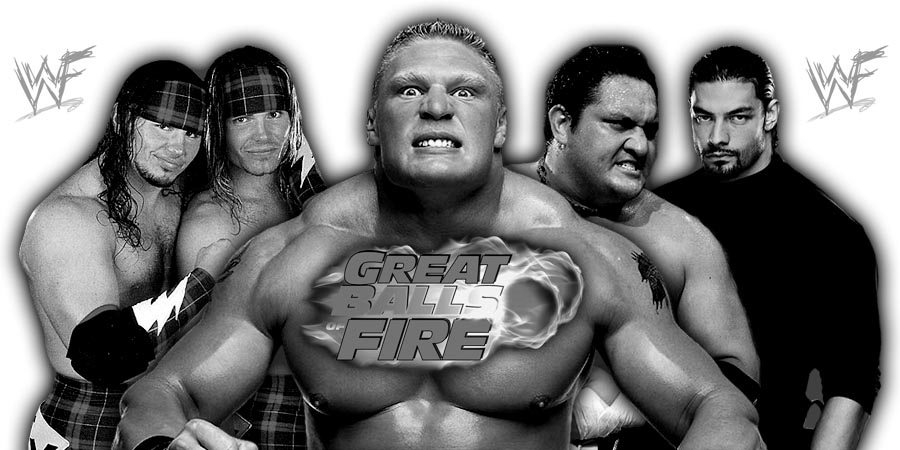 Tonight’s Great Balls of Fire 2017 PPV is airing live from the American Airlines Center in Dallas, Texas and is a Raw exclusive PPV. Tonight’s main event is for the Universal Champion between “The Beast Incarnate” Brock Lesnar & “The Samoan Submission Machine” Samoa Joe.

This will be Lesnar’s first Universal Title defense in about 100 days after winning the Title from Goldberg back at WrestleMania 33.

In the co-main event of the show, “The Big Dog” Roman Reigns will face “The Monster Among Men” Braun Strowman in an Ambulance match. Below is the final match card for tonight’s PPV:

We kick things off with the Cruiserweight Title match on the Great Balls of Fire 2017 Kickoff show between “The King of the Cruiserweights” Neville and the newest member of Titus Worldwide, Akira Tozawa.